Artist's campaign against gun violence is backed by Martin Scorsese

A British artist is leading a campaign urging film-makers to destroy real guns every time fake ones are used on screen. 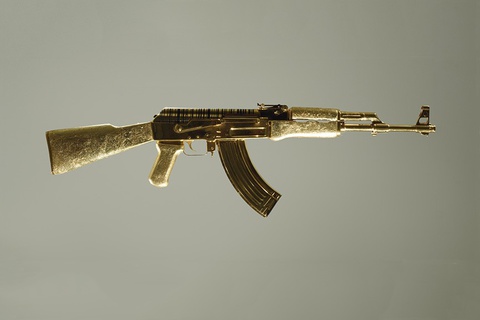 Martin Scorsese has added his support to the campaign. Created by Carl McCrow, who plays a soldier in the Martha Pinson-directed film, Tomorrow, which Scorsese is executive producing, the “Gun Neutral” campaign invites participating filmmakers to pledge to destroy a gun for each one pictured in their film. 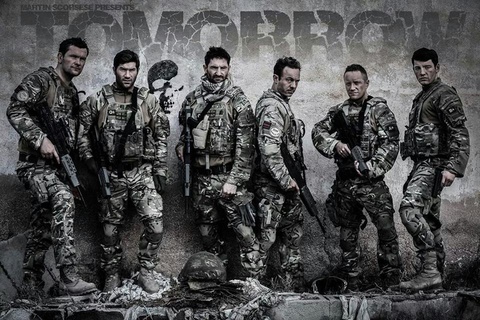 Tomorrow, starring Stephen Fry, follows the story of soldiers returning from combat and reintegrating back into society, exploring themes surrounding PTSD. The subject of the film means it’s likely there will be many guns destroyed in its honour, as McCrow’s plan was implemented throughout its production. 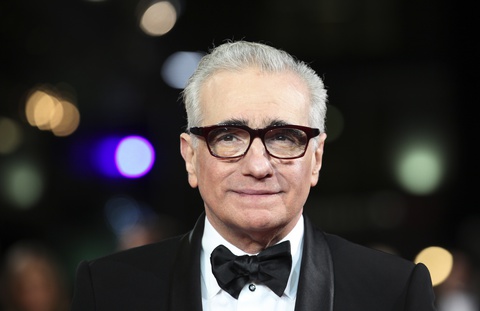 McCrow is a major anti-gun activist whose charity, One Less Gun, destroys weapons found in war torn areas around the world—and whose art repurposes those guns to make a creative, provocative statement.

“It has long felt right to produce my art with weaponry to provoke the recognition, that however we may feel about tools of war, most of us recognise that there are too many,” says McCrow.

With someone as influential as Scorsese backing the project, it will be interesting as to who else follows suit.

“It is not about whether you like guns or dislike guns, it’s about the simple fact that there are too many and 1,000 people a day are dying as a result of them,” explains the campaign.

“Like it or not, guns are a part of popular culture. They are integral to many of our favourite games and films are in all likelihood to remain so for many generations to come. One Less Gun is simply dedicated to reducing their number and promoting a social responsibility to this fact.” 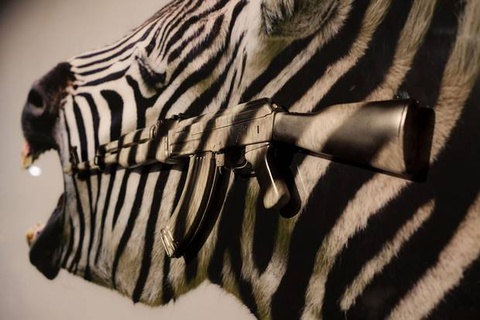 "'Screaming Zebra' asks us to understand that even though a civil war can be over, the effects of conflict remain very real for years after," explains McCrow. "With incomprehensibly high numbers of small arms still filtering through Africa, AK47s are now in the hands of poachers meaning the rangers employed to protect the wildlife must be heavily armed to ensure their own safety. These inevitable micro-battles are escalating the illegal trade of skins and ivory into a new, silent but nonetheless bloody conflict."

McCrow has likened the campaign to carbon-offsetting schemes that see trees planted or other environmental investment made in response to activity that threatens global wellbeing.

He wants film producers to donate to his charity One Less Gun, which aims at destroying weapons found in war zones. Donors can also register to an inert AK47 round with the serial number of the weapon they have helped destroy, to represent “one bullet give: one more gun taken out of circulation.” 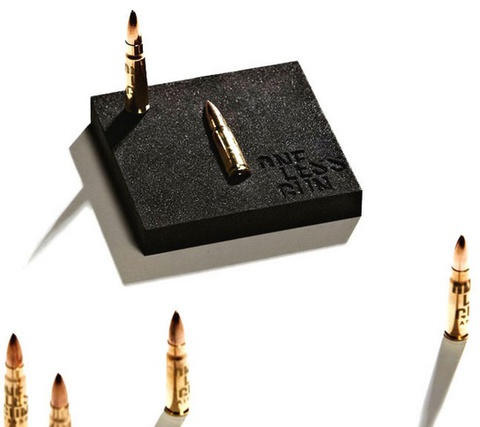 McCrow’s work has already been exhibited at the Hoerle-Guggenheim Gallery and London’s OXO Tower Gallery. His most recent works makes use of thousands of used military rounds, addressing the billions spent on war and questioning this investment in our future. Core pieces from previous exhibitions address the use of child soldiers in conflict. Many works are barcoded referencing the commerciality of weapons. Others highlight the illegal trade of endangered animals. 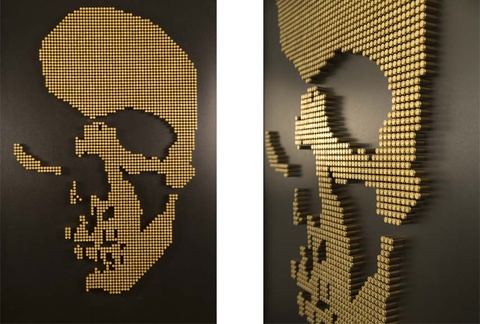 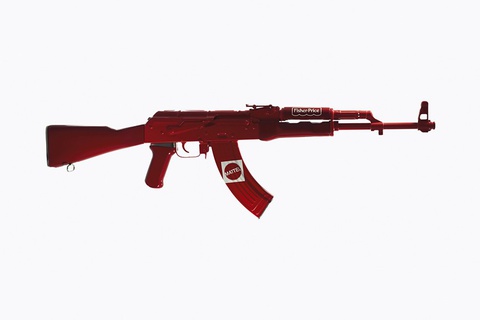 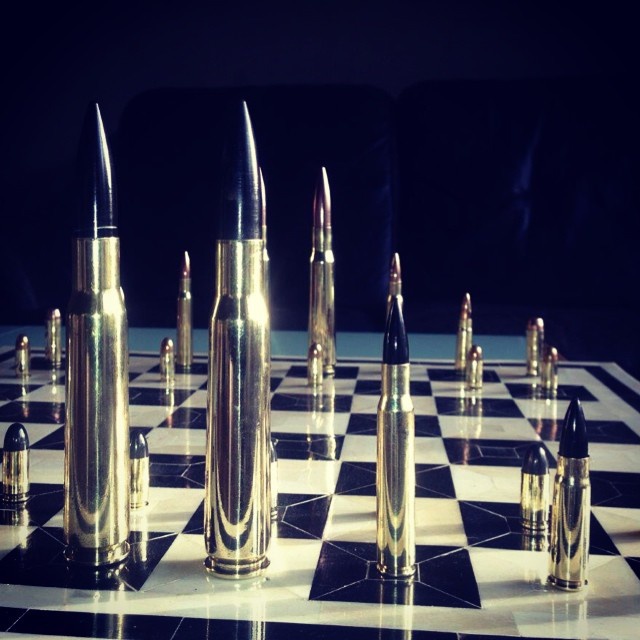 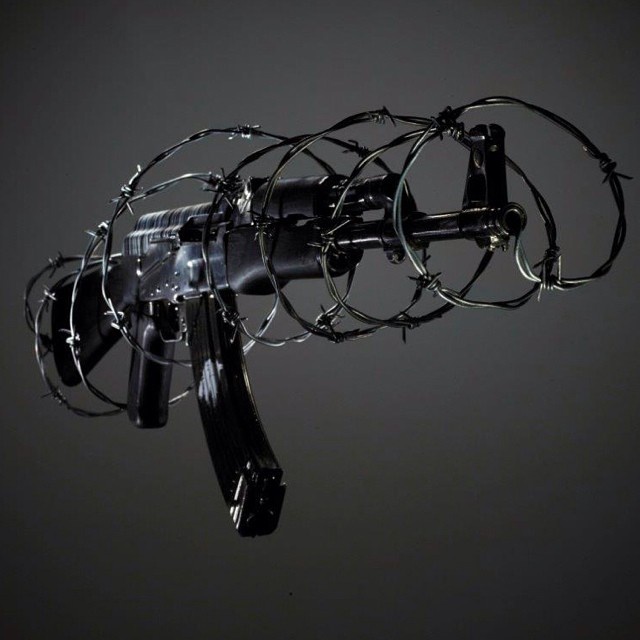 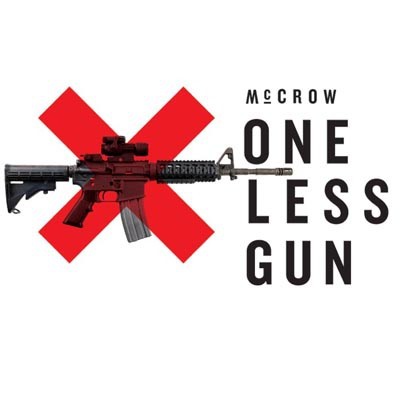 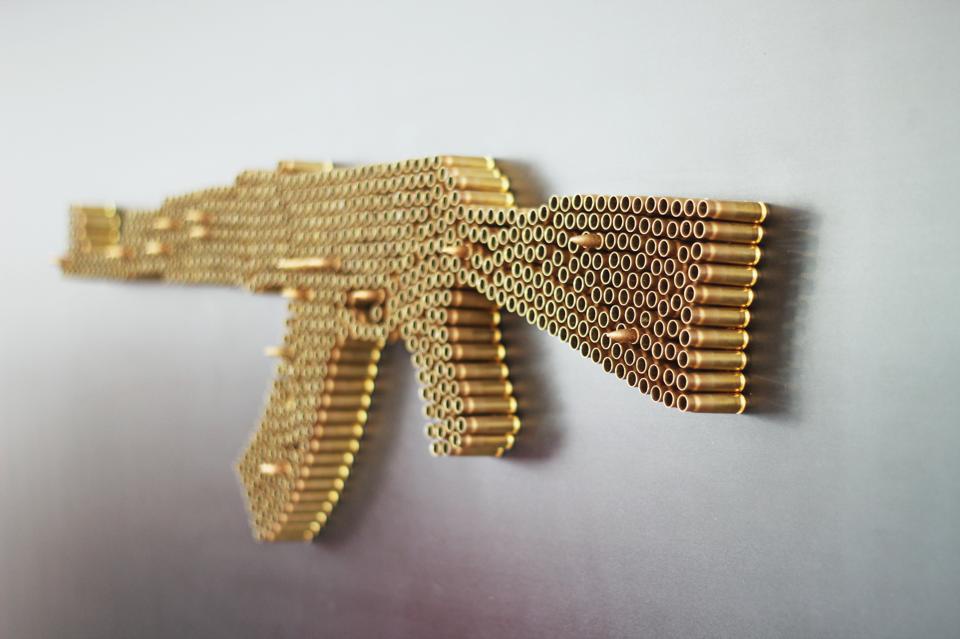