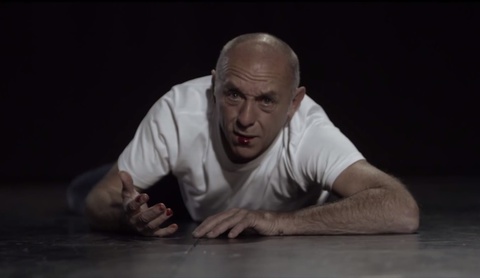 Warning: This video contains graphic scenes which some viewers may find disturbing. That’s how this ad for Sea Shepherd begins.

Viewers then see Australian actor David Field play out “the ultimate death scene” alone on stage, giving us an intense, human interpretation of the last moments of a hunted whale.

The monologue is followed by the harrowing message: “The whaling industry claim that a whale dies within minutes. The truth is, they are first pursued to the point of exhaustion. Then shot with an explosive harpoon causing massive internal trauma. They are then violently dragged to a vessel, and shot some more. Before finally dying alone in their own blood.”

The film by Sydney agency The Works ends with footage of whaling, along with Field endorsing non-profit marine conservation organisation, Sea Shepherd.

“If this cruel and cold-blooded practice would have happened to humans, the perpetrators would be jailed immediately,” says Field. “That’s why I support Sea Shepherd.”

The 100-second film is part of Sea Shepherd’s anti-whaling campaign. The online video will be supported by social media with the hashtag #UltimateDeathScene.

Despite the International Whaling Commission (IWC) having enacted a moratorium on all commercial whaling, 25,000 whales have been killed by Iceland, Norway and Japan since its enactment, under the guise of scientific research. Sea Shepherd has been working with the United Nations World Charter for Nature in an attempt to enforce the international conservation regulations.

“The truth is, most victims are caught in a traumatic and violent death that can take over an hour,” adds Sea Shepherd. 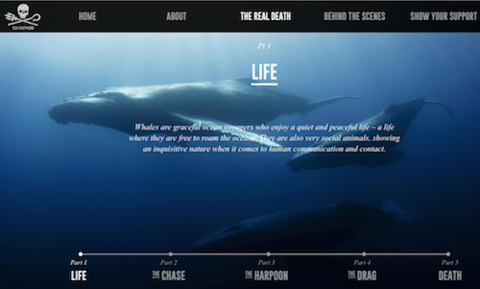 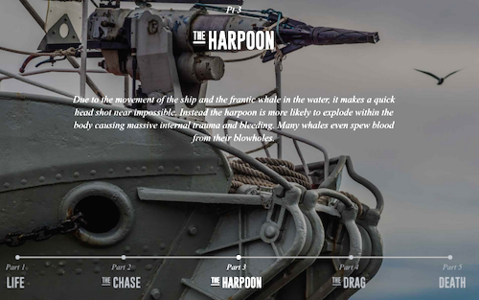 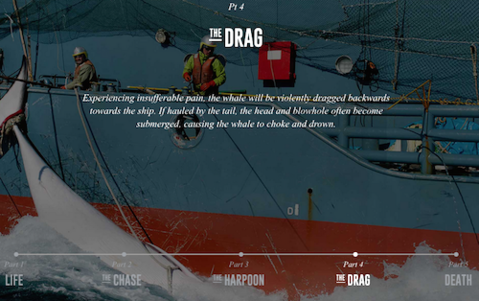 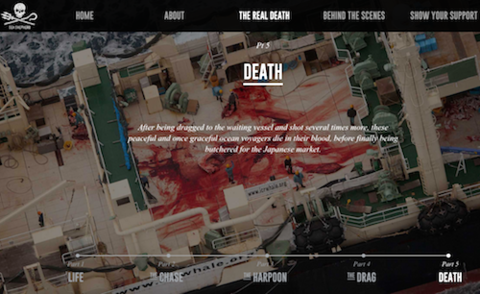