BBH New York battles hunger in the US with spoof ads

BBH New York wants to battle the issue of hunger in the US by spoofing PSAs. 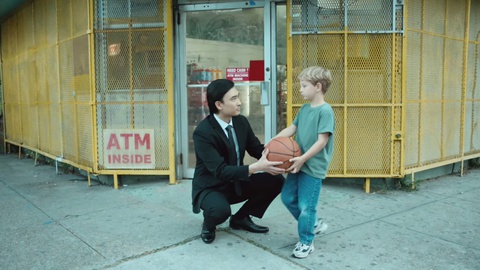 In the ads, China, Slovenia and Germany, all of which have better statistics regarding access to food than the US, appear to be offering to help America with its problem.

The campaign is for Great Nations Eat, a movement that brings together non-profits, filmmakers, media companies and others to raise awareness about hunger and inequality in the US.

The ads were released to coincide with the nation’s Independence Day holiday and rather deflates the notion of the ‘American Dream’. The spots will obviously seem familiar as they follow the same format of encouraging Americans to donate money to starving kids overseas. Except the children featured here are US citizens.

The campaign is a five year committed partnership between national anti-hunger organisation Share Our Strength, and the filmmakers behind the Participant Media documentary "A Place at the Table."  Great Nations Eat seeks to build upon decades of advocacy from the broader anti-hunger movement. 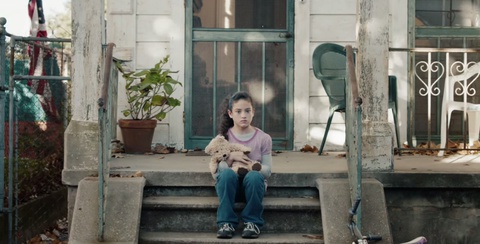 "Hunger exists in every community and it affects the life of 1 in 6 Americans. That doesn't happen in any other developed nation. It shouldn't happen here," said Billy Shore, Founder and Chief Executive Officer, Share Our Strength. "Ending hunger is possible. It will take public awareness and political outreach to build the necessary national will. It will take nonprofits, corporations, media outlets and government, all working together with ordinary citizens. That is Great Nations Eat."

Lori Silverbush, filmmaker and co-creator of "A Place at the Table" commented, "In 1968, the CBS documentary 'Hunger in America' transformed the national conversation about hunger, and we all but eradicated it by the late 1970s. But we've moved backwards, and now it is our turn.  Great nations are capable of great acts. We have millions of dollars in donated media, now we need the powerful voices of Americans crying out for change."

The campaign’s website was created by Seattle's digital creative agency, 8ninths. The site will provide users with unique "hunger experiences" that highlight the stories of who is hungry in America and why.

"If the hunger problem in America was just about charity or money, it would have been solved already," added Tom Colicchio, Chef and Executive Producer of 'A Place at the Table.'

"If you look at the public health issues the government has solved before like yellow fever and cholera–these are issues that we thought were just crises of the poor, issues of the inner city. As a great nation we resolved to end them, and we did. Hunger affects one in six Americans …if you're on a crowded subway in New York, most likely there are people that are hungry sitting next to you; they're in your community, you may know them."

"The media landscape today looks very different than it did in 1968. People consume their news in 40-character bites and 30-second chunks. People also want to play a hands-on, interactive role with the things they see and read," said Tim Castree, Co-Founder of Great Nations Eat and long-time executive in the advertising industry. "Great Nations Eat will leverage modern media to galvanise audiences and create mass movement by combing the power of scale with technology and platforms to help us make our case to the American public for action on hunger."