The creatives at beer brand Molson Canadian are testing the country’s patriotism with its outdoor campaign. 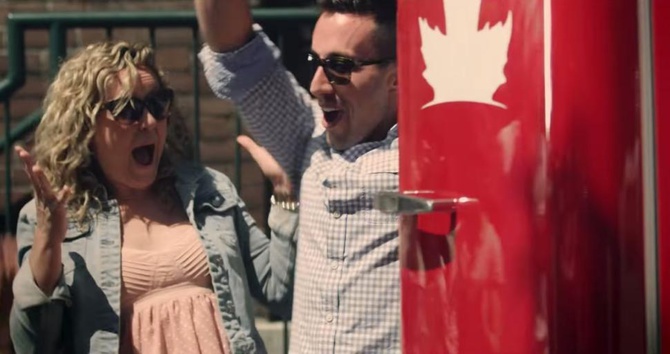 To celebrate the country’s 147th birthday the brand released a beer fridge that only unlocks if people can correctly sing ‘O, Canada,’ the nation’s national anthem, in perfect time and with emotion.

The patriotic refrigerator lights up and buzzes if anyone singing makes a mistake but when the anthem is sung correctly it unlocks, allowing the true Canadians to enjoy the product.

Rethink placed the fridges all over Canada just before Canada Day on 1 July.

The fridge is made up of a large chrome cage with a microphone behind, which picks up your voice. This is sent to a computer with a soundcard, which determines whether your attempt at O Canada was a success or not.

“What we’re really interested in is that you know the Canadian anthem,” says the creative team.

“And our system here is analysing that human element that goes into the inflections when you sing the song. And if you do sing at the right timing and you sing the whole anthem right the way through, then the door will open, the lights will blink and you’ll get to the magic inside.”

Molson Canadian has put on a similar stunt in the past, when they placed their signature red fridge at the Winter Olympics in Sochi and around Europe.

The fridge had the text “Canadians scan your passport to open fridge” on the front, above a slot for inserting a passport to be scanned. The door would only unlock and allow people to sample the Molson beer inside if someone scanned their Canadian passport.

In that campaign, the beer fridges would only open when a Canadian passport was scanned. 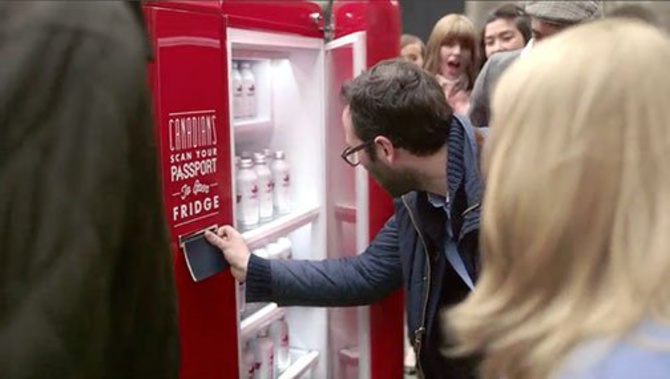