ROM sets out to clear up the confusion between Bucharest, the capital of Romania, and Budapest.

Image: A message to Iron Maiden who returned to the city last month to perform

Lürzer’s Archive was in Bucharest last week for the 200 Best Digital Artists exhibition, dedicated to our book which celebrates CG imagery. That’s Bucharest of Romania – not Budapest of neighbouring Hungary.

Romania ranks in fifth place in the top geographical confusions, according to confectionery brand ROM. Even pop and rock stars performing in the capital get confused. Michael Jackson, Iron Maiden, Whitesnake, Lenny Kravitz, and others have all yelled out "Hello, Budapest!" at concerts in Bucharest.

And let us not forget the 400 Athletic Bilbao fans who missed the 2012 Europa League final after mistakenly flying to Budapest instead of Bucharest. 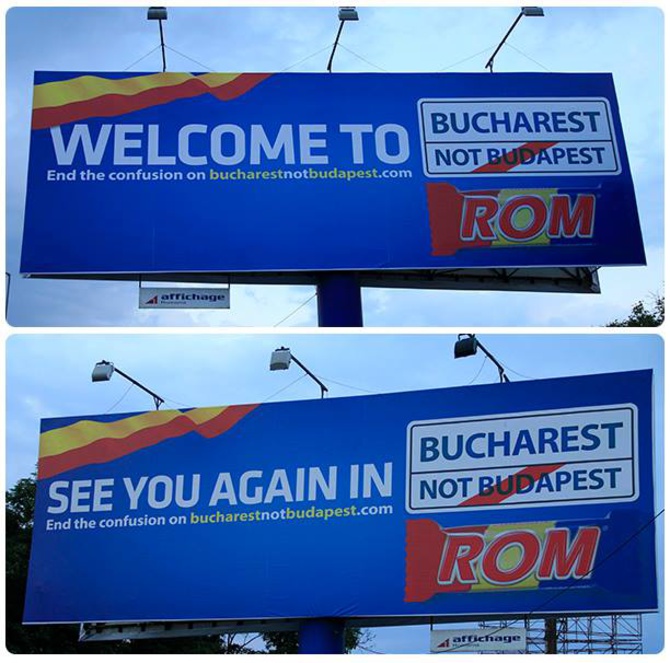 To ensure the two aren’t confused, the Romanian candy bar has got patriotic againand devoted a whole new ad campaign, reminding people that Bucharest is not the Hungarian capital.

McCann Bucharest and MRM Romania have put billboards up in both cities, reminding everyone which is which. Fans can buy merchandise and, on ROM’s website, are encouraged to share Bucharest/Budapest stories and tag them #BucharestnotBudapest.

There are even browser add-ons available on Chrome and Firefox which includes the words “Not Budapest” next to every occurrence of the word “Bucharest”.

ROM’s previous efforts won them two Grand Prix at Cannes Lions for a campaign that pretended to Americanise the chocolate bar, much to the horror of its fanbase.

Video: ROM “Bucharest not Budapest and Justice for Both” by McCann Bucharest and MRM Romania