As part of Guinness’s “Made of More” campaign, the spot aims to identify drinkers of the Irish stout as those who have broken away from the masses to find their own path, reinforcing the idea that amazing things can happen if people make the most of themselves

“The cloud came from the sea. He was not like other clouds,” says the narrative, which is reminiscent of a William Wordsworth poem:

Simply titled as “Cloud”, the commercial is set to Danny Elfman's track for Edward Scissorhands and was directed by Peter Thwaites alongside London-based production agency, Gorgeous, and visual effects shop, The Mill.

"We were approached by AMV back in February with the script for 'Cloud', and straight away we knew it would be a stand out piece of work for the year,” says The Mill.

“As soon as Peter came on board we worked closely with him on concept frames, which helped us create the character of the cloud. Realistic clouds are one of the most difficult elements to achieve in CG and being involved from the beginning allowed us to really dedicate ourselves to the project.

“We were able to get started with RnD prior to the shoot in Johannesburg and then once there was an offline we helped Peter and the agency block out the shots." 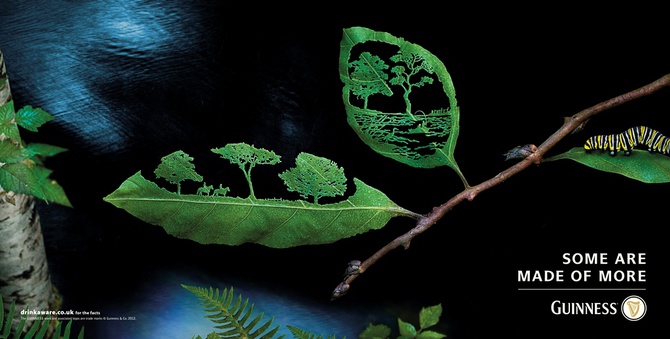 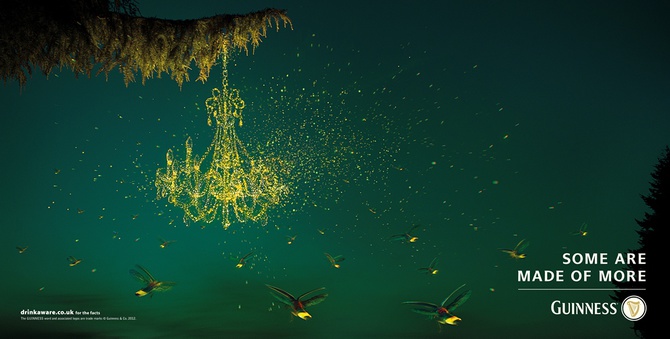 The cloud cleverly interacts with its surrounding world, flying over and in between buildings.

"This allowed myself and Peter to fineness a grade which could be viewed by the 2D and 3D teams but remained apart from the intensive compositing and character animation process,” says The Mill colourist, Seamus O'Kane.

“As a result, the final application of grade to the finished files became a seamless process despite the delicate balance of character and background. A beautiful result all around."

“Cloud” is accompanied by a series of print ads shot by world-renowned photographer, Nadav Kander, which further exalts the brand’s new endline. Each print depicts a creature in the natural world indulging a creative flair that suggests it's "made of more."

AMV has been working with Guinness for over 14 years. Explore their past ads in our online archive.