Burger King brings back the “Subservient Chicken” 10 years after it was first introduced by Crispin Porter + Bogusky. But he is subservient no more. 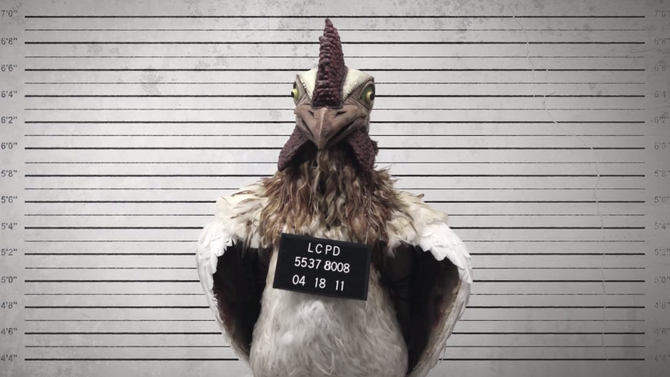 Burger King’s “Subservient Chicken” was probably one of the first great examples of what we now refer to as “viral” online advertising.

In 2004, the fast food brand’s Tendercrisp Sandwich launched with the “Have It Your Way” tagline and to demonstrate that customers really could have it their way, a microsite was set up by Crispin Porter + Bogusky and The Barbarian Group.

SubservientChicken.com featured a webcam pointing at a man in garters and a chicken suit who responded to people’s commands. Type in commands like ‘jump’ or ‘squat’ and it would. The site received 15 million hits in the first five days.

A decade later, the brand is bringing the chicken back in this new campaign from agencies Code + Theory, Horizon, and WPP's David. The revived campaign started with a missing poster that was posted on Twitter as well as published in the New York Times. Burger King is encouraging people to use the hashtag “#FindTheChicken” to promote the campaign.

The chicken was last spotted in the ring with @dustindiamond aka "Doble D." Never heard from again. #FindTheChicken pic.twitter.com/y1UxL0Q3hJ

Visit the same website and the strapline and hashtag “Chicken Redemption” is plastered on the front. “He rose to fame,” says the site. “He fell from grace. The Subservient Chicken is back and now he’s doing it his way. Hello, Chicken Big King.”

But there is no Chicken Man this time. Instead we are shown a new film, directed by Hungry Man's Bryan Buckley, which takes the form of a show chronicling what happens to Internet celebs - look out for Dustin Diamond, better known as Screech from Saved By The Bell, in the 4-minute spot’s chicken wrestling scene.

It shows the chicken suffering the humiliation of being a has-been star after his 15 minutes of fame are up. But after some serious, Rocky-style training with a part-time life coach and plumber, he's back -- with a new name, Chicken Big King, which also happens to be the name of the new BK sandwich he's promoting.

What do you think about reviving old ad legends? Let us know on Facebook. 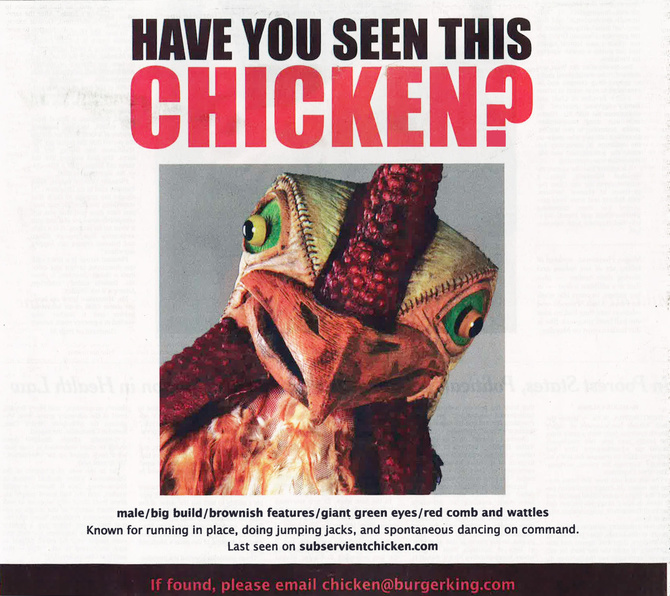