Guy Ritchie adds to the list of top directors to have collaborated with Swedish retailer H&M. 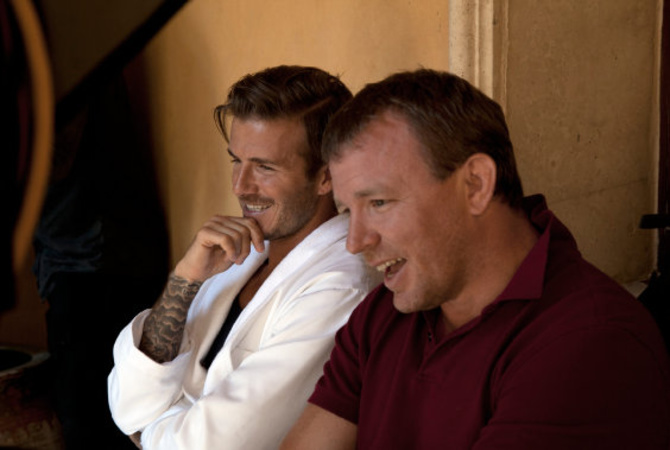 The latest ad campaign for the David Beckham Bodywear collection for fashion retailer H&M has been released.  Part of the campaign is a film short from Lock, Stock and Two Smoking Barrels director, Guy Ritchie.

In the humorous ads, which debuted worldwide on 6 February, Beckham is captured on the streets and gardens of Beverly Hills, dressed only in his boxer briefs (reminiscent of the scene from Ferris Bueller’s Day off when Broderick races through his neighbourhood’s backyards to beat Principal Rooney to his front door).

The film is set to the sound of Foster the People’s 'Don’t Stop (Color on the Walls)'. Teasers were released in a build-up to its release.

“It was great to work with Guy, who is an amazing director,” says Beckham.

“I've admired the work he's done in the past so it was a great coup by H&M to get him to direct the campaign. Guy knows how to capture action and humour incredibly well. It was a real honour to work with a talent like him.”

The underwear collection’s 2012 in-house spot featured Beckham wearing only his tattoos and underwear and was H&M's first ever Super Bowl spot (during which it debuted).

The ad, which was set to the song 'Don't Let Me Be Misunderstood' by The Animals, generated 108,914 social media comments in the first 45-minutes after it was aired and was one of the highest trending topics on Twitter,.

H&M continues to collaborate with big names in the film industry as they have done with Sofia Coppola, who directed the spot to mark the retailer’s collaboration with Marni. Set in Marrakesh, the project’s director of photography was renowned cinematographer, Harris Savides.