DROPPED IN HANGOVER-STYLE SCENARIO BY HEINEKEN 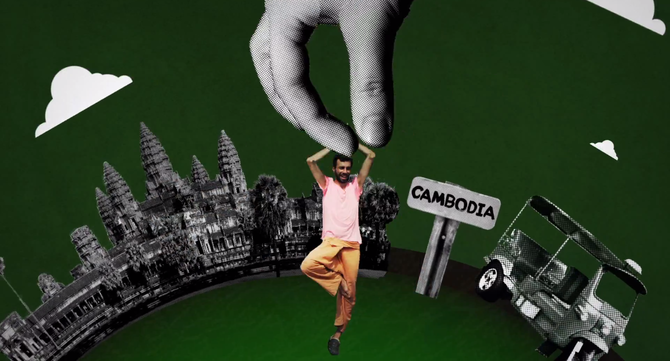 Heineken has released the second instalment of its "Dropped" campaign, where participants are stranded in a remote location and must use their wits to reach a given destination. The campaign, created by Wieden + Kennedy Amsterdam, this time stars the Greek dancer and yoga instructor Stavros Kottas.

He is dropped in the Cambodian jungle with a giant duck boat and must find his way to the capital, Phnom Penh, while negotiating roads and rivers. In Episode 1, he makes his first contact with the local culture and local law enforcement.

The ads, which appear on Heineken’s YouTube channel, were written by Hugo van Woerden, art directed by Philip Brink and directed by Roel Welling through Wefilm.

The campaign appears to give a nod to the unpredictable and bizarre situations experienced by the “wolfpack” in The Hangover film trilogy.  Heineken described Dropped as a "social experiment", with members of the public encouraged to live outside their boundaries and cope with unusual experiences, like the protagonist in The Voyage TV commercials.

In the first instalment, bar waiter Rikar Gil is dropped 6,205 miles from his Madrid home into freezing Alaska, where he has to wrestle bears. It is one of five ‘drops’ where ordinary people will be left out of their element in unexpected parts of the world.

The campaign in fact began with Heineken’s spot, “The Voyage”, produced by Sonny London – which features a western traveller sampling the cultural delights of India. Filming spanned five nights in Jaipur in the Rajasthan region of north-west India where the team worked with local servicing company, India Take One Productions.

"We want to go further than inspiring men to be resourceful and open to the world," said the Heineken global communications director, Sandrine Huijgen.

"We are giving a few of them the opportunity to go beyond the borders of their comfort zone. Dropped is a social experiment that will challenge the participant to display their true character and if they do, have a legendary travel experience."

The aim of the new Voyage TV ad is to inspire Heineken drinkers to be travellers, not tourists. 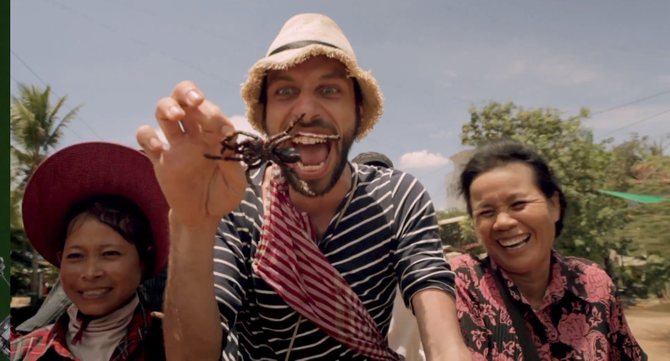