The art of the flash mob has been used for protests, satire, entertainment and artistic expression. As a familiar trend in the advertising industry, can agencies and brands reinvent them for 2012? 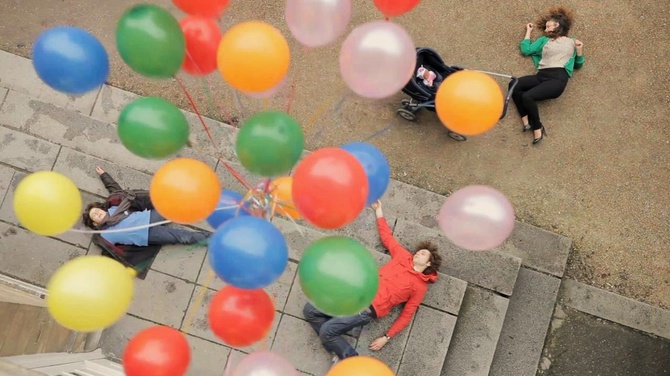 Image: Tic-Tac stages a flash mob where the population of Rouen passes out.

Groups of people assembling suddenly in a public place to perform an unusual or off the wall act before dispersing; flash mobs have been a popular trend of the noughties and have proven popular for outdoor ad campaigns and PR stunts. (Some of you may remember the commercial by Saatchi & Saatchi for mobile network T-Mobile, where commuters broke out into a dance medley at Liverpool Street Station, London, featured in Lürzer’s Archive Vol. 2/2009).

It’s safe to say that flash mobs are very much been-there-done-that in advertising, yet a few have popped up this year and it seems brands are resurrecting them with a new twist:

To promote its launch in Belgium, American drama station TNT Benelux placed a red button “somewhere in a little town in Belgium, on a square where nothing really happens, and waited for someone to push it”. When they did, the square suddenly erupted in chaos and characters appeared out of nowhere to act out an assortment of overly dramatic scenes: ambulances, stretchers, gunshots, car chases and then some. It has already racked up near to 22 million hits on YouTube.

Possibly one of the meanest pranks ever, mint company Tic Tac’s campaign shows unsuspecting citizens of Rouen, France getting the surprise of a lifetime when they’re asked directions by a stranger and the entire population around them passes out at their reply.

According to the agency, most of the people in the live stunt are real citizens of the town of Rouen, including the gardener and girls on the boat as well as the city’s official basketball team. The 60 people passing out in the scene that takes place at the Hotel de Ville are employees of the Rouen Ferrero factory. 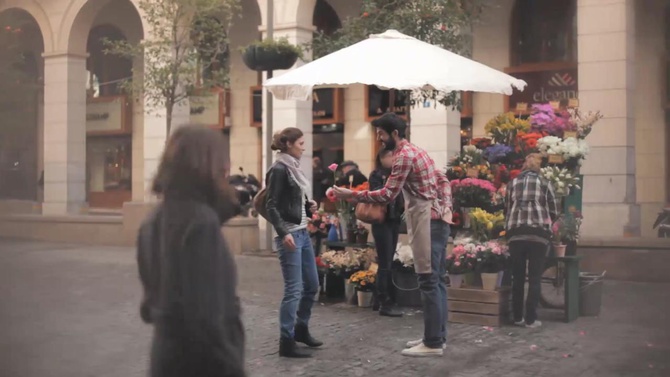 Image: A woman is wooed after sampling Nivea's Q10 cream

This web video also uses a combination of flash mob and street theatre. An unsuspecting target samples Nivea’s anti-wrinkle cream at a pop up store and as she walks away, attracts a storm of male attention, including dancing firemen and her very own prince charming.

Intel Asia Pacific creates flash mob art and theatre using Ultrabook PC screens. Party, Tokyo choreographed 60 people with Ultrabooks synched together via wi-fi to create ‘digital billboards’ in a variety of different locations across LA. (If you liked this, check out Sony “Screen Story” by Party, which was our Spot of the Week 2012/15).

What do you think - have flash mobs become a tired trend or is there still room for innovation? There’s also the question as to how staged the public involvement and reactions are - after all - that is a big part of the novelty.

Let us know what you think on our Facebook page.