The shock-vertising campaign for a non-profit organisation dedicated to support people with lung cancer has turned heads across America.

The posters, placed on bus shelters, phone kiosks, metro and subway stations from 19 June, did not say what the campaign was for, but a quick online search lead you to a website, NoOneDeservesToDie.org, which included a countdown clock ticking down the minutes until 27 June, when the "killer" was supposed to be revealed, including the message:

“Every year over 160,000 lives are lost to a deadly disease. They didn't ask for it, but many people seem to think they deserved it. This disease doesn't discriminate. It affects almost all of us and it's showing no signs of slowing down. So, what is the killer? You'll find out soon enough.”

The revelation, which can now been seen on the website, was:

“If they have lung cancer. Many people believe that if you have lung cancer you did something to deserve it. It sounds absurd, but it’s true. Lung cancer doesn’t discriminate and neither should you. Help put an end to the stigma and the disease.

This was a campaign for the Lung Cancer Alliance in the USA executed by Laughlin Constable, Milwaukee and Chicago which had proven so controversial that people were tearing them down.

“We knew this campaign would be polarising,” says Denise Kohnke, Senior Vice President for Strategy at Laughlin Constable.

“We relied on the extreme reactions to start the conversation about the absurdity that certain people may actually deserve to die. Every “type” we featured had a real, pre-existing bias, i.e. dog people sometimes don’t like cat people. That’s why the backlash often was intense and personal.

“We’ve heard people say they tore down the signs because they were so offended, but on the flip-side, we’ve gotten emails, tweets, Facebook posts, etc. that simply said: thank you, it’s about time someone took this on. Comments in the thousands of posts were overwhelmingly positive, and/or understanding that we were trying to make a point. The ratio of positive to negative was approximately 80:20. This campaign was designed to be bold, brave, provocative and edgy to shake both the consciousness and subconscious minds of everyone in the country. It was a tall order.”

“[The Lung Cancer Alliance] are thrilled with the campaign because it did what it was supposed to do: fuel conversation about a disease that has been so stigmatised that people are ashamed they have it and lawmakers choose not to appropriate funding to seek a cure for it.

There was also an on-line component to the campaign that launched in 31 markets and cinema advertising was also run in key markets (see video). This of course coincided with the tragic events and aftermath of the Aurora shootings in Colorado, so the campaign was temporarily pulled.

Laughlin Constable say that in just a three-day period, the Lung Cancer Alliance saw as much traffic to their landing page as the organisation usually saw in half a year. The campaign was the second highest trending topic on Yahoo and dozens of TV stations across America featured it. 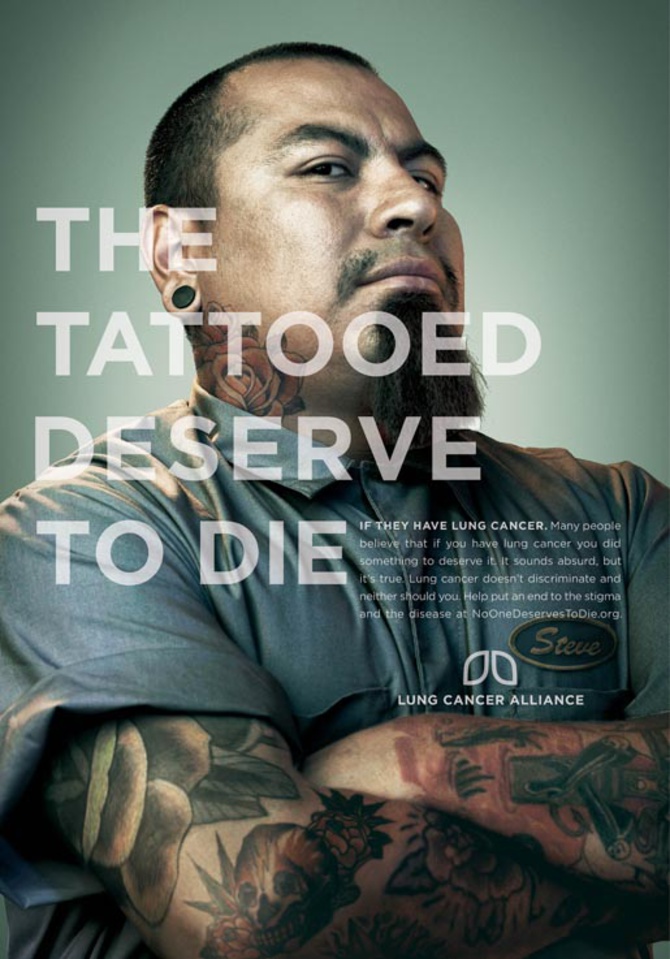 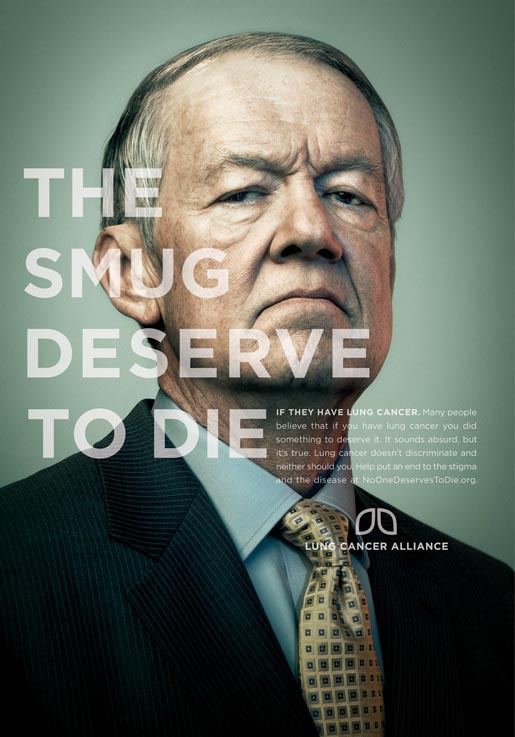 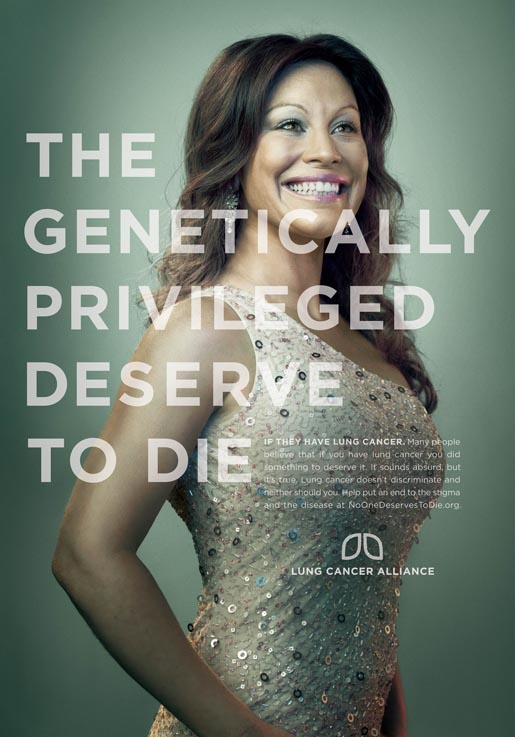 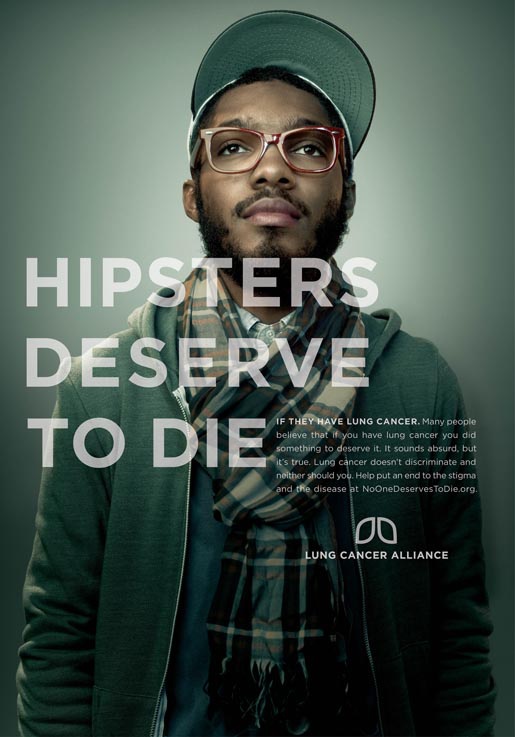 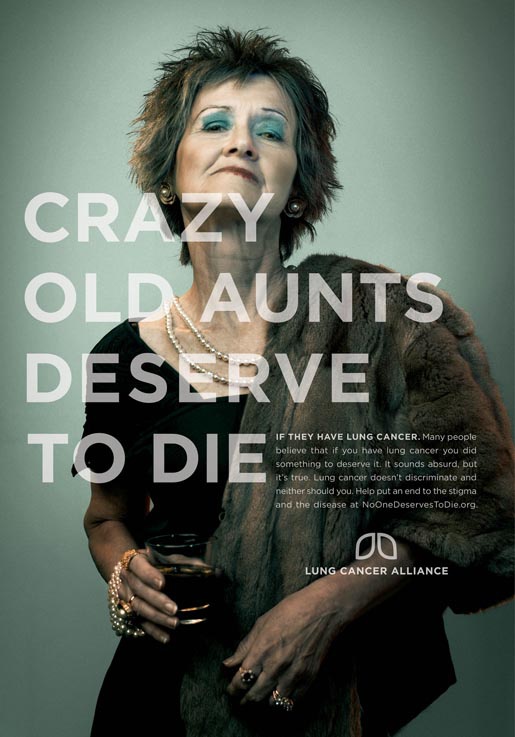 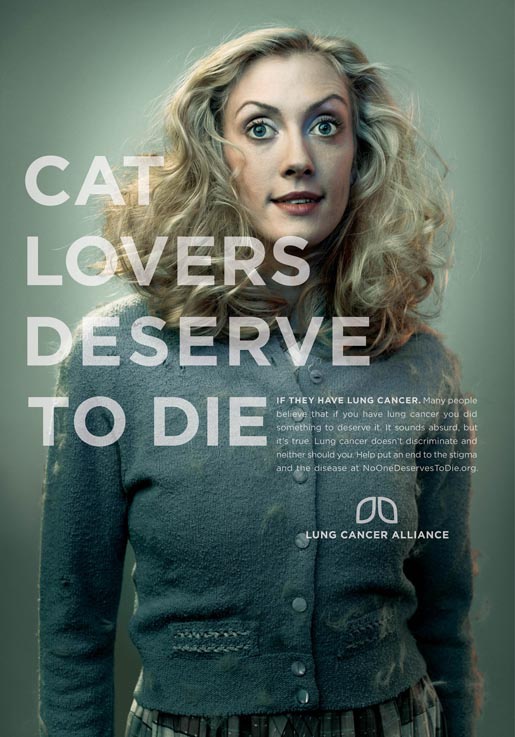