Like with all major sporting events, advertising and brands like to get into the spirit of the Olympics, pulling out all the stops for campaigns. Here are five London 2012 ads that have embraced this summer’s biggest occasion... 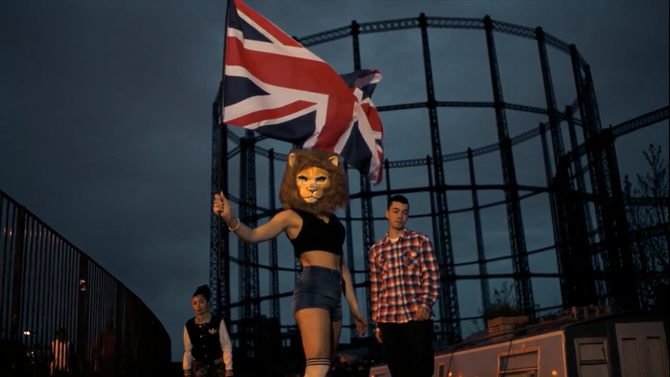 The spot is part of a campaign to connect the restaurant menu with international sponsorship of the games. The ad sympathises with those on the side of the world where the viewing hours coincide with bedtime. Directed by Revolver, Sydney’s Steve Rodgers, we see a young boy and his father succombing to late night viewings.  Unlike conventional ads from the fast food chain, you don’t actually see any food – just a glimpse of that familiar brown paper bag at the end.

This simple but striking campaign includes films, print ads and even a Facebook app giving users the opportunity to create their own posters. Another set of prints released in July expand the idea with messages such as “Take the Crown”, “Take the Respect” and “Take the pressure”. The TV commercial also continues the theme and is accompanied by a series of shorter films on the individual athletes.

Directed by Daniel Kleinmann of Epoch Films, “Kids” was recently unveiled by the world’s largest consumer products maker. The spot, which is just a small part of P&G’s Olympic campaign (and tearjerking) efforts, shows children taking centre stage and preparing for Olympic competition. It follows on from “Best Job”, which had enormous success at Cannes with five Lions, including golds in Film and Film Craft. Alejandro González Iñárritu, the Oscar-nominated director of Babel, directed "Best Job" through Anonymous Content.

Based around the concept of ‘Stadium UK’, the 60-second animation, created by Passion Pictures and Red Bee Media, will be the BBC’s title sequence and marketing campaign for the games. It shows the landscapes of the United Kingdom transformed into a giant sporting arena outside the Olympic Stadium. The music is First Steps, written and performed by Manchester band, Elbow alongside the BBC Philharmonic Orchestra and the NovaVox gospel choir.