McCann Erickson uses sweetly creepy animation to show that there is more than one dumb way to die near a train.

Standing on the edge of a train station platform and running across the tracks are both pretty stupid and avoidable ways of dying. Melbourne’s metropolitan rail service, Metro decided to illustrate this in a new campaign to raise safety awareness.

The Australian rail company enlisted the help of McCann Erickson in Melbourne to create “Dumb Ways to Die” as part of the “Be Safe around Trains” campaign. The three-minute animation combines the catchy title with a song that you’ll be singing for the rest of the day, making the video the perfect candidate for sharing with your online social network.

Indeed, the message is becoming eminently viral. In fact, since it was released in mid-November, it has become the fastest spreading Australian viral video on YouTube. It also features as the Lürzer’s Archive Spot of the Week 2012/48.

The catchy tune was written by John Mescall and Ollie McGill and performed by Emily Lubitz and Tangerine Kitty. The film, featuring a bunch of endearing ‘dumb’ bean-like characters, was designed and animated by New Zealand based creative, Julian Frost, who created the visuals in Flash and edited in After Effects.

“Well the internet likes dead things waaay more than I expected,” says Frost. “A round of applause for the client, Metro, whose feedback included ‘make it more violent!’ and ‘add a piranha to his private parts please.’” 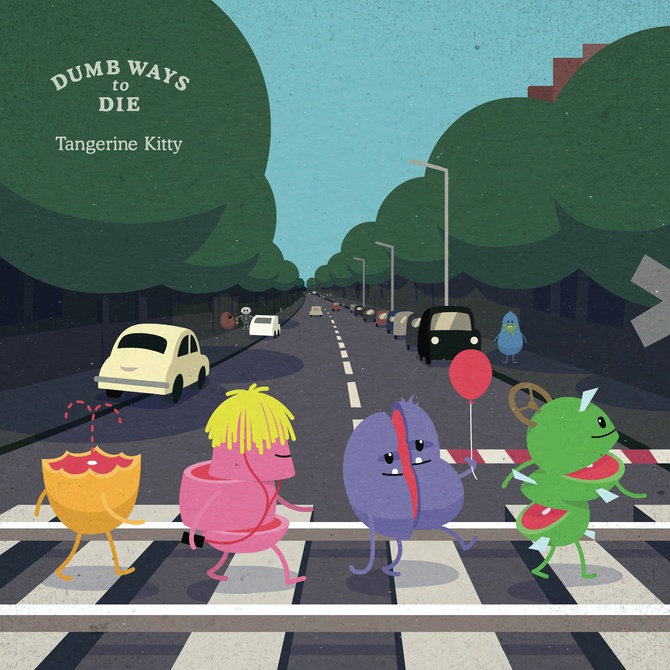 Image: The campaign's song is even available to download on iTunes and Soundcloud.

The campaign’s website hosts the characters and invites users to “solemnly swear not to do dumb stuff around trains” as well as a gallery of dos and don’ts.

The site is also accompanied by a Tumblr blog telling people: “Don’t do any of these OK? Especially the train ones”. The blog features GIFs from the animation, which show the figures coming to untimely ends with stupid methods such as using your private parts as piranha bait, poking a stick at a grizzly bear, eating medicine that’s out of date and scratching your drug dealer’s brand new ride.

The move comes after 979 slips, trips, and pedestrian falls were recorded and 23 non-suicide related deaths from collisions between people and trains were reported by the company between 2011-2012.