To raise awareness in China about unethical fur farming practices, People for the Ethical Treatment of Animals (PETA) Asia and Ogilvy & Mather, Beijing have launched an integrated campaign, “Fur Hurts,” with a provocative art installation and corresponding public relations and social media crusade.

PETA Asia teamed up with Ogilvy & Mather to create a provocative art installation centred on a series of unique sculptures created by artist Xie Yong, professor of the Shenyang University Art Department, and his students.

“The lifelike sculptures portray the animals most threatened by China’s fur trade, such as rabbits, minks, and foxes,” says PETA Asia. “Instead of wearing their own fur, the animals are covered in coats of needles to signify the intense pain that they experience at the hands of fur traders.”

Exhibited at the Zhuozhan Shopping Center in Shenyang, Liaoning Province, one of the chilly northeast Chinese provinces where demand for fur is highest, the sculptures are accompanied by a documentary showing grisly scenes of animals being inhumanely kept and killed as well as a call to action for viewers to pledge against fur.

Ogilvy & Mather also took the campaign online by creating a mini-site where the animals have been recreated virtually alongside an online petition.

Each pledge collected promises a needle’s removal from the online sculpture that is then replaced with a strand of fur to symbolise the real animals’ being saved from harm. Participants are encouraged to share their pledges through social media such as Sina Weibo.

Juggi Ramakrishnan, executive creative director, Ogilvy & Mather, Beijing, said, “Because it can be quite challenging to ask people to watch real videos of animals suffering at the hands of humans, we took an artistic approach to represent the wretched pain and terrible price that millions of animals pay each year to meet the high demands for fashion.

"We hope this will prompt the public to stop purchasing and wearing clothing made from animal skin and fur.” 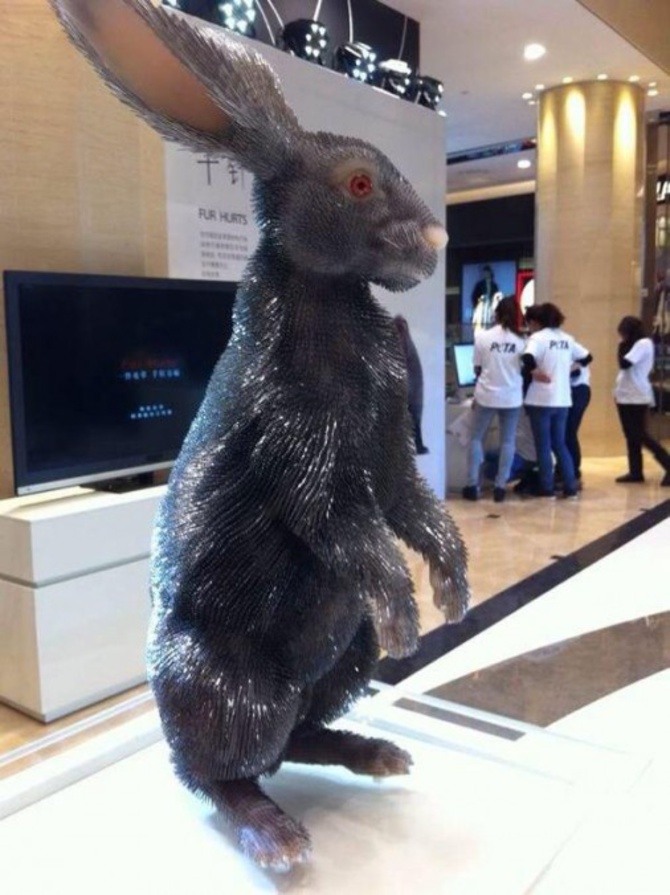