The Ravens were victorious over the 49ers and Beyoncé was joined by former band members Michelle and Kelly to reform Destiny's Child for the half time show. But it was all about the spots for us. Being the most watched television event in the US, advertisers are - as ever - keen to show what their clients have on offer. Here are just some of them...

From one of many ads in the humorous category which featured on Game Day, Oreo's spot was bound to get a chuckle out of viewers. But it was its impromptu ad about the stadium blackout which went viral. Whipped up at the last minute, it was retweeted 15,000 times. 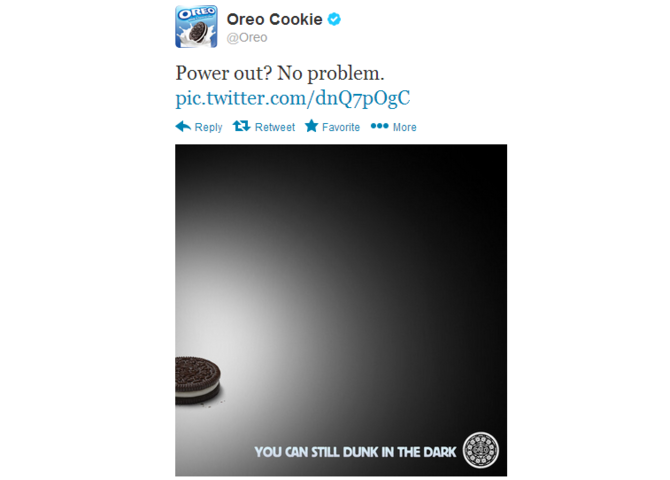 Bud's story of a horse trainer reunited three years later with a Clydesdale he once bred, was the most popular spot of the night and now also the third most-shared Super Bowl ad of all time according to Unruly (it follows VW's 2001 ad "The Force" and Bud's own "9/11" spot from 2002). Jake Scott, son of Ridley Scott, of RSA Films directed the ad.

This year's spot was a departure from the gritty, urban and industrial themes adopted by the the car manufacturer's "Imported from Detroit" Super Bowl ads of the past two years (featuring the likes of Eminem and Clint Eastwood).

Senior citizens recapturing the spirit of youth and partying hard; it's not as if it hasn't been done before (just take a look at our VW "Senior Rebels" Spot of the Week 2012/46 by DDB Guoan, Beijing). But this rendition of the tried and tested formula was notable for its Spanish-language version of Fun's We are Young.

Volkswagen "Get In. Get Happy." by Deutsch, Los Angeles

VW's ad was the second most shared ad globally with over nine million YouTube hits in the last week.

The folks over at Adweek have compiled every ad from Super Bowl XLVII. Only the best will make it into Vol. 2/2013 of Lürzer's Archive so keep your eyes peeled in the spring...