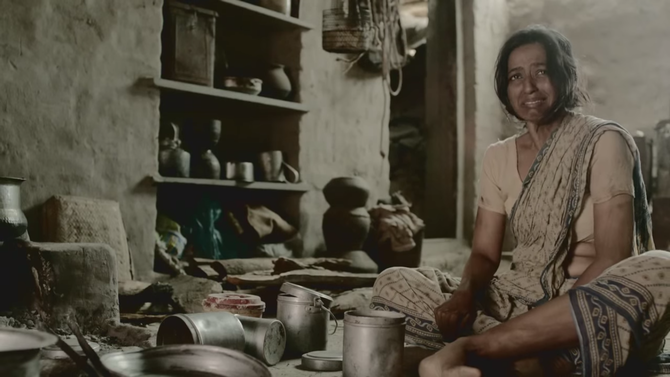 Every half an hour, a farmer somewhere in India commits suicide. 300,000 farmers have taken their life so far. He leaves behind a large family, with no income and no hope.

The agency is continuing its campaign to highlight this huge social issue with a two-minute film, which focuses on a mother and her family, left behind by the suicide of her farmer husband, owing to crop failures, drought and debt.

Left with no means to feed the family, the farmer’s wife decides that they should not die of hunger - she feeds her children and the elders rice mixed with poison, and consumes the same herself. The film ends with a call to action, urging viewers to help and leading them to the site, Save the Farmer’s Family.

At Cannes Lions 2013, Taproot India created history in Indian advertising by winning four Gold Lions for its Farmers’ Suicide campaign done for The Times of India. They created portraits of farmers who committed suicide and auctioned them in exhibitions to help their families.

Chief creative officer and co-founder, Santosh Padhi started his advertising career with DDB Mudra before branching out to found Taproot. In 2010, the then one-year-old Indian agency won a Gold and a Silver Lion at Cannes for its “Conqueror Papers” campaign.

"One Indian farmer committing suicide every 30 minutes is indeed a shocking piece of news,” said following the launch of the campaign earlier this year.

Times of India "The Farmer's Family" by Taproot India 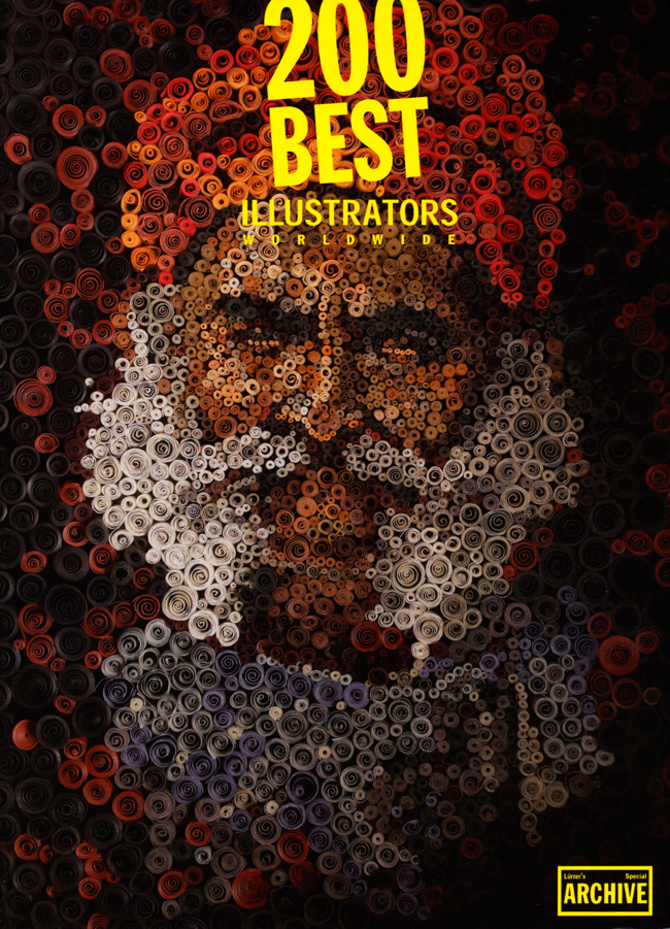 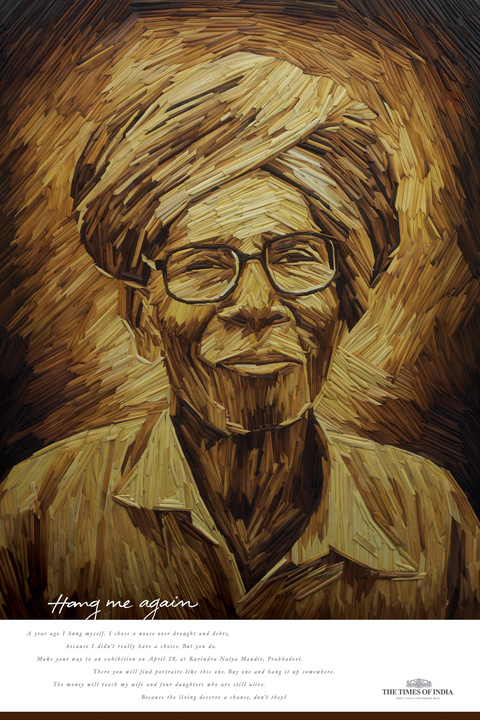 Award-winning Times of India "Hang me Again" by Taproot India appeared in Archive Vol. 4/2013. Caption: "A few months ago I hung myself. I chose a noose over drought and debts, because I didn’t really have a choice. But you do. Make your way to an exhibition on April 28, at Ravindra Natya, Prabhadevi. There you will find portraits like this one. Buy one and hang it up somewhere. The money will reach my wife, ailing parents and two younger sisters who are still alive. Because the living deserve a chance, don’t they?" 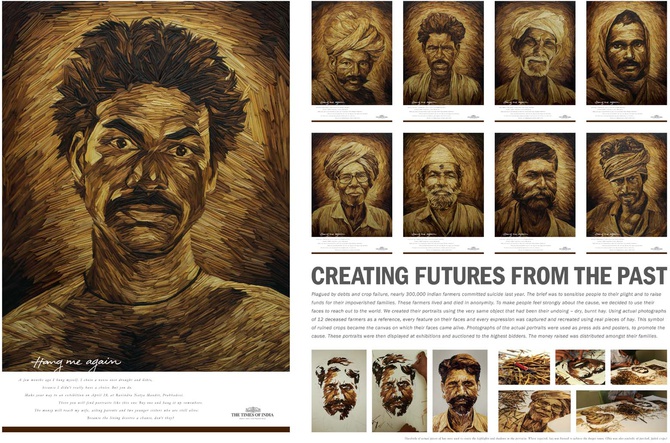