THE GYMKHANA SERIES FOR DC SHOES

Filmed over four days by director Ben Conrad, it features cameos by Travis Pastrana on his dirtbike and Jake Phelps of ‘Thrasher’ magazine fame.

The series, sponsored by DC Shoes, of which Block is both co-founder and chief creative officer, is among the most successful examples of branded content ever. The DC brand specialises in footwear and clothing associated with extreme sports such as snowboarding and skateboarding. To tailor to that market, Block created short-form documentaries showcasing both the brand and Gymkhana – a form of extreme racing done on complex courses under time-pressure. 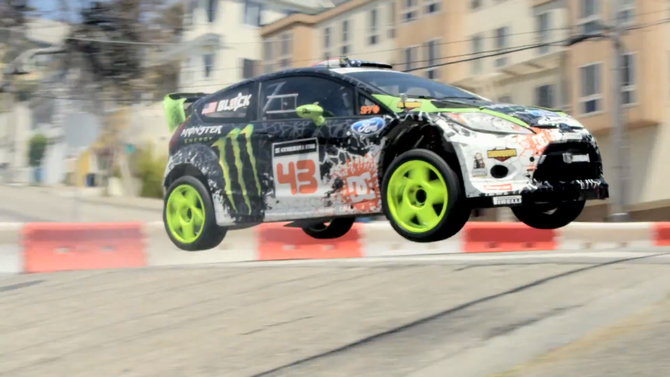 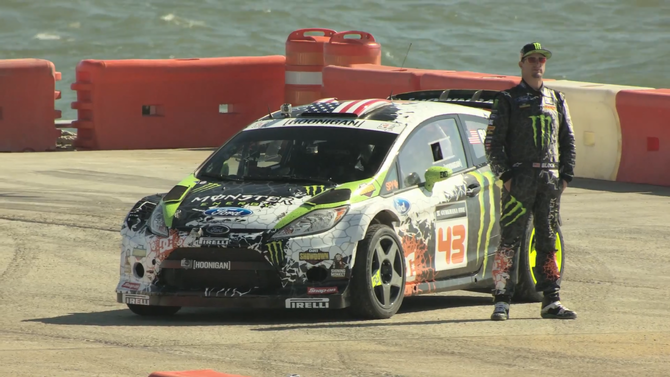 But with two of the videos from the series ranked among Unruly’s four most shared ads ever, it is safe to say that DC Shoes has reached more than just a niche audience. “Gymkhana Five” has already had over 20 million YouTube views in the first week of its release in July.

“My idea for Gymkhana FIVE was simple,” said Block.

“I wanted to build on the ultimate playground concept from Gymkhana THREE, and bring the franchise back to that raw and fast feel that the earlier videos had.

“I’ve always wanted to film a Gymkhana video in a city and there are few places as unique and iconic with such amazing topography as San Francisco. While movies like Bullit and various chase scenes have tried to use San Francisco to the fullest, I’m pretty confident that I’ve proven there was a lot left to be done on those amazing streets!”

The video series began in November 2008 when Block released a video entitled “DC Shoes: Ken Block Gymkhana Practice”. Block had built himself a gymkhana-specific car for a Southern California Gymkhana series being put on by local organisers in attempt to get more time doing rally-style driving after becoming a professional rally driver in 2005.

Unfortunately, the series was cancelled before Block’s car was finished. With a car but nowhere to run it, Block decided to go out and have some fun, filming the results.

View the rest of the series on DC Shoes' YouTube channel.