Five of the latest ads from campaigns to look out for. 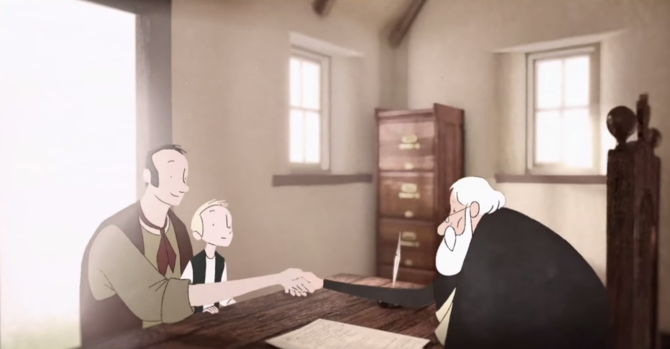 Who knew an ad for gum could make people cry? Wrigley tugs at heartstrings in its newest campaign for Extra by Omnicom’s Energy BBDO Chigaco. The campaign debuts with a television spot that put the gum brand at the centre of emotional moments between a father and a daughter.

And yet another ‘prankvertisement’ - this time from LG. To promote its Ultra HD televisions, the brand uploaded a video to YouTube showing unsuspecting jobseekers being pranked by the TV’s “crystal clear image”.

An extra large set was placed behind the desk of an employer, where it appeared to be a window looking out on the cityscape. As he conducted interviews with potential hires, the formerly placid scene on the screen changed into something so frightening that the interviewees had to run for cover.

This sentimental piece of animation takes us through the history of the recently returned UK bank, TSB. The film begins in 1810 when the Reverend Henry Duncan built a bank to “help hardworking people” set to a soundtrack by Anne Dudley. The spot is part of a £30m multi-channel campaign to mark the bank’s separation from the Lloyds Banking Group and relaunch as an independent.

“Combining the hand crafted artistry of 2D character animation within a stunningly integrated use of 3D CGI sets, the journey through time is reflected in the film's opening shot; an unbroken take which lasts a whopping 95 seconds,” says Studio AKA.

TSB “The Story” by Joint, London and Studio AKA

Google and Nestlé recently announced their partnership to name the latest Android OS after the KitKat chocolate bar. The campaign will be supported by ad activity including a spoof film: “The Future of Confectionery”.

Android KitKat “The Future of Confectionery” by JWT, London

Guinness returns to the surf with AMV BBDO’s campaign which will feature the boiling surf of Tahiti – a nod to the beverages 1999 “Surfer” epic directed by Jonathan Glazer.