THE RETURN OF CRAVENDALE'S CATS WITH THUMBS

The cats with thumbs are back with a sinister plan to brainwash all the milkmen... 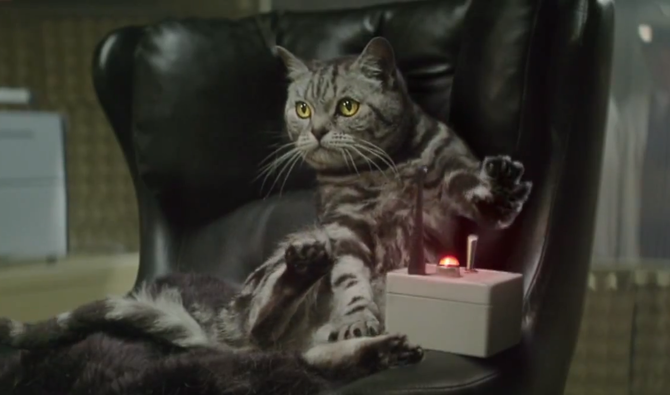 Cravendale is known for its quirky advertising campaigns. No fewer than seven of the milk brand’s commercials have been featured in Lürzer’s Archive since 2001, which includes possibly their best known ad – “Cats with Thumbs”.

The spot, which topped various advertising charts in 2011, imagined what cats would do with their human-like dexterity if they evolved to have thumbs (with Tim Curry narrating).

Now, Wieden + Kennedy have brought back protagonist, Bertrum Thumbcat, along with an army of feline friends in a campaign more chilling than ever: “Catnapped”.

In the build-up to the launch in September, a Bertrum account on Twitter sent out messages such as “Emerging from my secret lair for dinner. My humans joke about the fact I've been sleeping all day. Little do they know...” and “our patented thought-filtering machine is almost ready. Our technician, Dave (a.k.a Mr Tiddles) is just fine-tuning it”.

A movie style teaser trailer of the spot was released with this message: “What's this? @Cravendale have footage of my brilliant plan?!? With more promised? We have a mole in the lair!” where viewers were told to look out for the full plan.

The ad is directed by Traktor, and sees Bertrum and his team of catnappers using their thumbs to kidnap milkmen and convert them to their cause.

Bertrum has carried on tweeting his plans of world domination and the campaign also extends to an online application of the ad on Facebook, which allows users to sign up their own cats to Bertrum's ‘Thumbcat Army’ cause. Cats and the internet... there is only one way this can go.

There are actually cats that have this mutation, actually known as Polydactyl cats, so perhaps pet owners shouldn’t rule out the possibilities and keep their dairy products well hidden. 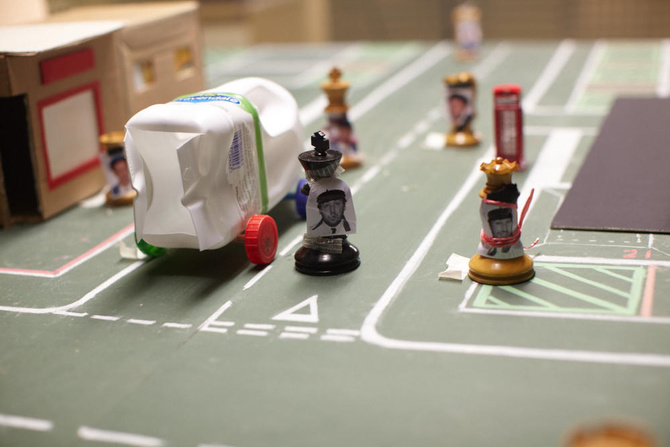 Video: Cravendale's new spot from Wieden + Kennedy, London, sees the return of 'Bertrum Thumbcat', who sits in a typical bad guy chair, as a milkman is bound and gagged with a ball of wool, revealing the fate of all milkmen under the reign of thumbed felines.