WINNER STAYS FOR NIKE'S RISK EVERYTHING

Nike has launched the second part of its unofficial World Cup campaign “Risk Everything” Football with a four-minute film that’s guaranteed to get a gentle giggle out of you. 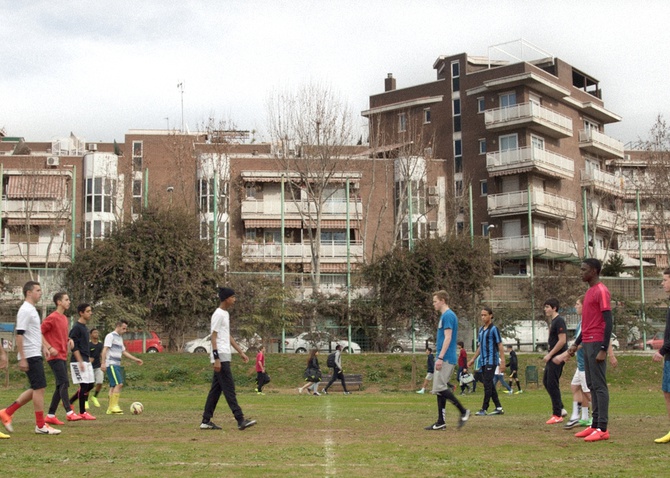 Since it hit YouTube, the Wieden + Kennedy film “Winner Stays” has reached 30 million views (at the time of writing). It opens in a park with two young teams challenging each other in a pick-up game where the winner stays on. Straight away as the challenge is set, the stakes are raised: “Guess I’m Cristiano Ronaldo then,” says one. His opponent responds saying, “Yeah? Well I’m Neymar.”

In a split second a seemingly simple kickabout between friends has become a grudge match of sorts, aided by the unique skills of some of the world’s greatest footballing talent. As the match develops, players call out the names of players to possess their specific skill, and before we know it Wayne Rooney, Zlatan Ibrahimovic, Eden Hazard and Gonzalo Higuaín have joined the game. 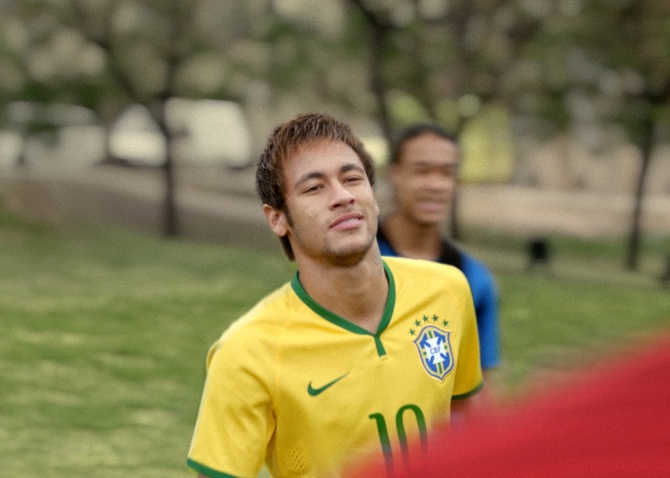 Although Nike is not an official World Cup sponsor, the sports behemoth’s previous ads like “Write the Future” have been known to cast a shadow over other brands’ campaigns.

The spot gives a first glimpse of Nike’s new Mercurial Superfly shoe worn by Ronaldo, who scores a screamer to send his team 1-0 up and taunts one of his opponents, saying “The crowd goes wild,” upon which a crowd is revealed cheering behind him. His rival is not deflated and points out that 50,000 are screaming his name. As they banter the young player changes his shoes in to the Magista, a boot that’s not even out yet.

The match continues and more players join the action: Gerard Pique makes a last-ditch tackle, David Luiz appears to be cloned, and a mix-up sees one boy’s dream of becoming Andrés Iniesta shattered in a fun moment of mistaken identity.

Neymar breaks free to lob the keeper to make it 1-1 and the real Iniesta adds to his team’s tally by scoring a volley to make it 2-1. Rooney responds with a long-range effort to make it 2-2 and the Jumbotron announces “Next Goal Wins!”

As time is running out and both teams cautiously try to avoid any mistakes, the last remaining player yet to transform is brought down inside the box by David Luiz. Ronaldo steps up to take the penalty but is pushed aside by the brave youngster, who seizes his moment to risk everything and take responsibility for the game-defining moment.

“We connect to players’ passion for the game, whether it is the world’s best in Brazil or players in the park or street,” says Davide Grasso, Chief Marketing Officer for Nike.

“‘Winner Stays’ taps into an experience that every young player around the world will recognise – competition with friends and the idea of playing with your heroes or pretending to be them.”

“We’re proud of our history of inspirational, fun football campaigns that become one of the talking points around big tournaments. We believe in fearless, exciting joyful football and that’s the point of view we want to get across.” 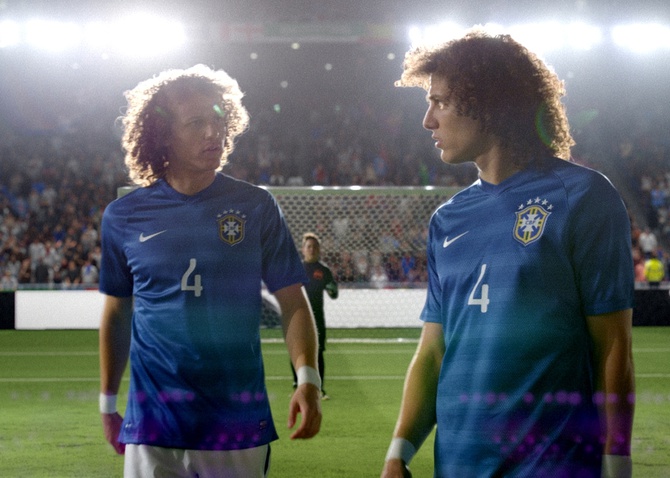 Earlier this month, Nike released a preamble to the campaign directed by Jonathan Glazer.

How do you think the ad compares to 2010's "Write the Future?". Tell us on Facebook.