People are always running in commercials directed by Jonathan Glazer, and this new spot delving into the world of gladiator football for Canon Europe is no exception. 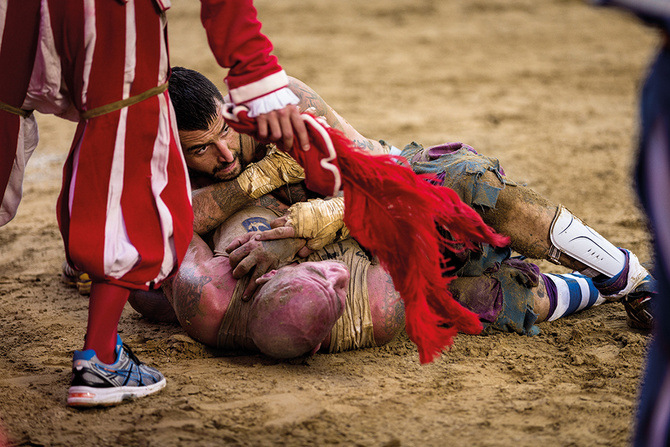 In a 60-second spot, Under the Skin director Jonathan Glazer captures the spectacle of Florence's Calcio Storico – an annual contest which has retained the brutality of football's medieval origins in an apparent free-for-all of physical violence.

The spot is one of two and was shot using Canon equipment. The beautiful footage showcases a Calcio Storico match – a ‘historic football’ game. Amidst the art-filled galleries and recognisable tourist attractions in Florence an ancient, gladiator version of football unfolds, where competitors dressed in medieval clothes tackle, wrestle and chase each other wildly to get the ball and win the ultimate sporting trophy – a cow. 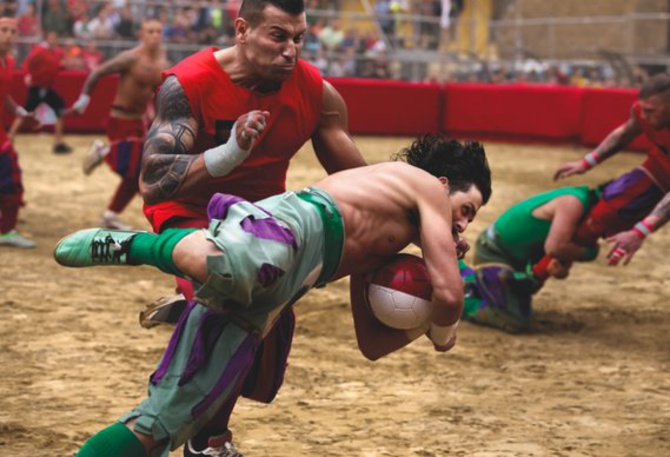 The second story, which will break later this year, will show a herd of deer exploringresidential streets close to Epping Forest in south-east England. Whilst locals sleep sound in bed at night, deer roam the peaceful housing estate, owning the night. Both films were shot using the Canon EOS C500 and EOS C300, spanning the course of many days due to the unexpected nature of each scenario.

Jonathan Glazer is known for his revolutionary work spanning feature films and music videos for Jamiroquai and Radiohead, and best known for his advertisement commercials for the likes of Nike, VW, Stella and Levi’s, including the famous and ground breaking Guinness “Surfer” spot, topping many lists as one of the best commercials of all time. 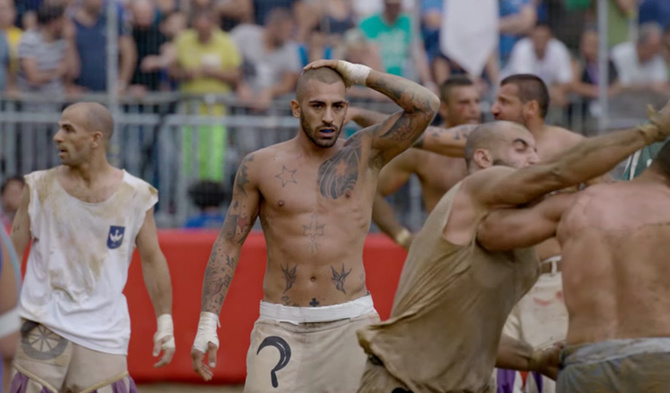 From JWT London, “Come and See” is Canon Europe’s biggest ever integrated consumer brand campaign. As part of a three-year roll out, the campaign invites us to look deeper at the world and inspire people to capture the enriching and captivating stories that unfold all around, every day.

“Driven by the understanding that consumers are changing the way the take and share photography, JWT’s new positioning has been created to inspire and support users in their ever evolving photographic journey,” says JWT London.

As part of this, the agency will also be responsible for running a content hub website, which aims to provide consumers with behind-the-scenes insight into the fascinating stories featured in the campaign, as well as proprietary technology stories and product information.

A series of ‘How-to’ product-centric videos have also been created by travel photographer, Christopher Pillitz and wildlife photographer, Jamie Hall, to provide consumers with top tips on the art of capturing beautiful photography using the Canon product.

Also known as Calcio Fiorentino, the bone-crunching game of Calcio Storico (historic football) is played only in Florence in the month of June and only by four teams representing the four quarters of the city. The game dates from the 15th century and was originally played by aristocrats, and even, on occasion, by the reigning Pope. Its inherent violence was borne of the violent times. Family rivalries in medieval Florence (home of the infamous Medicis) would often explode into chaos.