Catch up with the latest ads from the Asian continent

Last week we rang in the Chinese calendar’s year of the sheep. Plus India was announced as the third most awarded country in the 2014 Gunn Report for Media. Catch up with ads from the Asian continent. 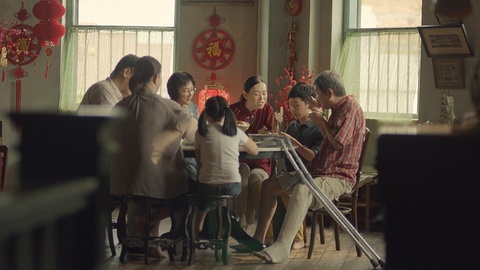 The Asian ad scene loves to send out a tearjerker, and this short film by Leo Burnett Malaysia for Maxis is no exception. Almost four-minutes long, we follow the story of a boy named Tan Kao Sheng, who is on a journey to discover the story behind his name. Part of Malaysian communications provider Maxis’ #ThisIsMyName campaign, we learn that Kao Sheng’s name means “Tall” and “Victorious”, but contradicts his physical appearance.

In Chinese culture, the birth name signifies a wish from the parents to their newborn child. But some millennials are opting to use more Westernised names, overshadowing their birthnames. “We tapped on this insight and came up with this campaign that encouraged millennial Chinese Malaysians to embrace their birth names and wear it once more with pride and help reconnect them with their parents,” says Leo Burnett Malaysia.

Leo Burnett Malayasia also re-released their “Coming Home” stop for Petronas. The spot focuses on how for centuries, people have migrated from one place to another to seek for better opportunities. But no matter where they are, they still feel close to home - with the values they hold on to.

Moving on to Japan, Toyota and Asatsu-DK Tokyo have created a ‘soundscaping’ collaboration with musician and producer Yasutaka Nakata to “open a new dimension in exhilaration”. The company recorded samples during the production and driving of the Toyota Racing’s TS040 Hybrid, which competed in the FIA World Endurance Championship. Nakata has woven these samples into an original, multi-layered musical piece that forms the soundtrack of this video.

Toyota is also releasing some of the sound samples in a high-resolution format for other artists to incorporate into their own compositions, as well as promises of an interactive booth at motorsport events where people will be able to shape the sounds to the movements of their bodies. The car brand has recommendeds using headphones to fully experience the soundtrack.

Next is a video conceptualised by Ram Subramanian from the Handloom Picture Company to initiate the “Dear Neighbour” movement to improve the relations between Indians and Pakistanis. The three-minute film “Pause” compares the walls between homes to that of the wall between India and Pakistan. The protagonist is trying to write a letter, but isn't able to because of some noise generated from his neighbour.

As he shifts in his seat to retrieve a dropped pen, the video slows down showing a person seated exactly where the man was originally sat, who lists out all the ways in which Indians and Pakistanis are similar. Learn more about why Subramnian made the filmby pausing at 2:54.

Ever wondered why some videos take so long to load? The worker enjoying a Cadbury's 5Star bar is the real star of this epic humorous spot titled “Buffering”. The Ogilvy & Mather, Mumbai ad has the tagline: "Jo khae, kho jae" which translates to "when you eat one, you get lost".

Since 2014, the brand has positioned itself in India as not taking itself too seriously. “Buffering is pretty quirky, and it even mad it as our Spot of the Week upon its release.

Revisit the work from Lowe Lintas India, which focuses on 130 million people in India who go without electricity on an average of eight hours a day every day – living in a permanent blackout from the world. The campaign transformed rudimentary mobile technology – which they do have access to – into a radio station.