Despite being almost 250 years, this promo for Christie’s auction house has an outlandishly youthful feel. 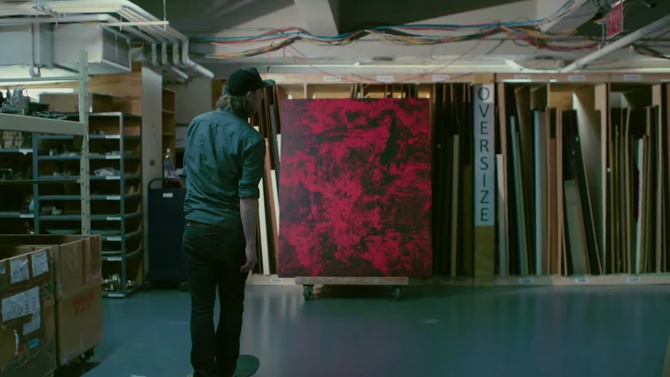 This film for a Christie’s auction house is almost 250 years old. For their contemporary art sale which happened this week at the Rockefeller Plaza in New York, they released a more youthful promo which shows off the art but also features skateboarder, Chris Martin.

The “If I Live I’ll See You Tuesday” (dubbed after a work by Richard Prince featuring the same phrase) auction was assembled by Loic Gouzer, a 33-year-old contemporary-art salesman at Christie’s and is billed as “representing a uniquely dark and unflinching view” of the anxieties endemic to contemporary experience.

“Professional skateboarder Chris Martin rides through Christie's, giving a behind-the-scenes look at highlights from our If I Live I’ll See You Tuesday Contemporary Art Evening Sale,” says Christie’s on the four-minute film.

The soundtrack is provided by Awolnation’s “Sail”. The auction featured paintings from Warhol, Richard Prince and Basquiat amongst others

Martin blithely rolls on through Christie’s storage rooms and galleries past the high-ticket art being sold. There’s even a little electric chair that goes by (Warhol). A warehouse and showroom stuffed with workers, Versailles-style ormolu and packing crates are turned into a suburban skate park.

It doesn’t seem to have impressed everyone. Christopher Knight of the Los Angeles Times says “this may be the lamest visual production since James Franco got all dressed up in bearded drag not long ago to play at being Cindy Sherman. And that is saying something. If I stop eye-rolling, I’ll see you Tuesday.”

The promo was directed by Gary Gardner, who also produced and directed two films for Christie’s “Basquiat”.

Clever promo or totally random? Let us know on Facebook.