CUTTING THROUGH CLASSICAL WITH SINFINI

The ads, which also aim to extended brand identity use bold colours alongside black Euclid type.

The campaign uses images associated with classical composers and instruments, such as a piano, drum and a bust, which have been sliced and partially replaced with texture fills to convey the brand’s tagline: “Cutting Through Classical.”

Sinfini is owned by Universal and describes itself as a site of classical music exploration for users “new to the genre or already something of an expert”. The site includes articles, reviews and downloads as well as glossaries, timelines and guides explaining instruments, musical styles and the history of classical.

The site avoids anything too old-fashioned or traditional with not a musical note or clef inspired graphic in sight.

Studio Output has also designed a promotional oyster card holder with print insert featuring a flowchart quiz. The cut through device has been designed to mirror the ‘n’ in Sinfini. 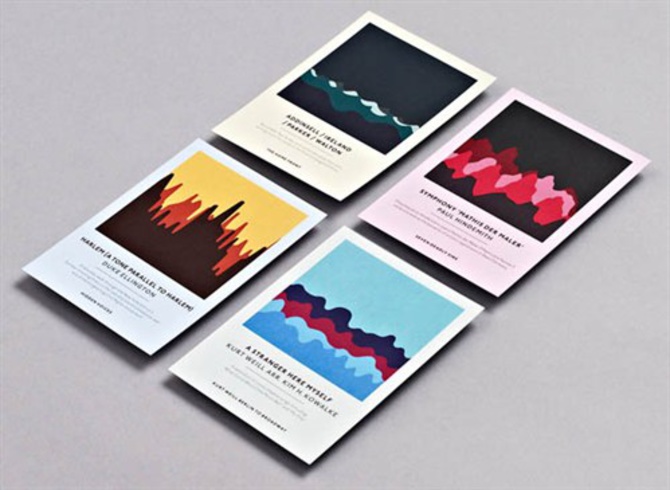 Each texture fill has been designed to represent a key Sinfini principle: landscapes, for example, represent discovery, while the silver metallic cut through is intended to represent innovation.

Earlier this year, Studio Output created a series of colourful postcards, designed to promote a series of upcoming BBC Concert Orchestra events at The Rest is Noise, a year-long festival of 20th-century music at London's Southbank Centre.

Each card featured a soundwave graphic taken from a specific piece of music that will be performed at the event it promotes. The series comprises 16 A6 cards, and the designs trace the sine waveforms of each piece to create a colourful series of images. 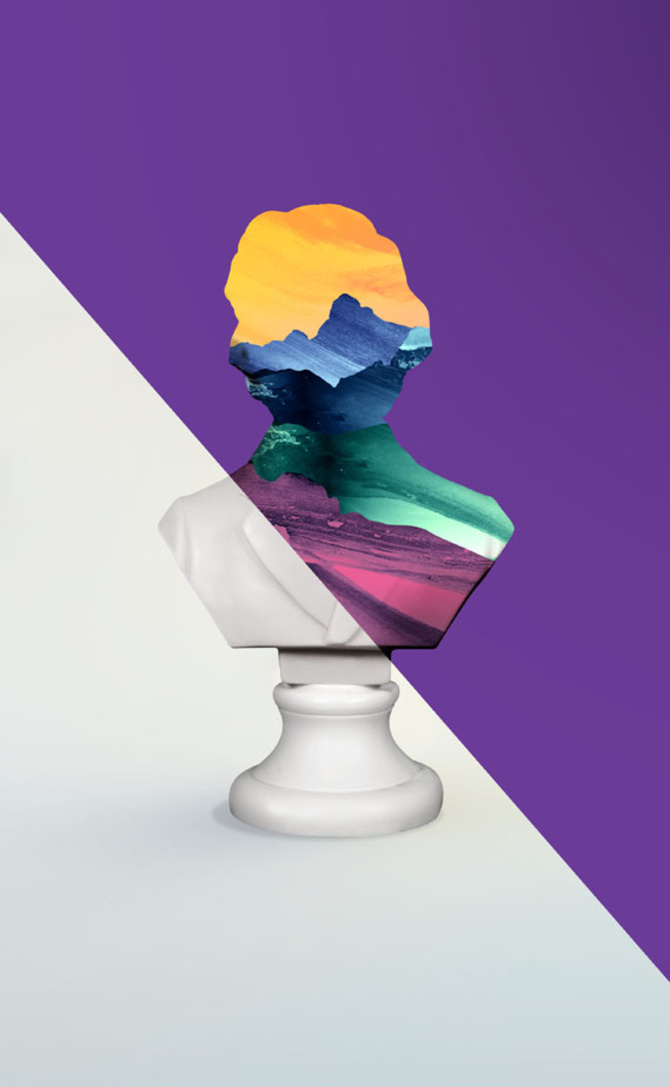 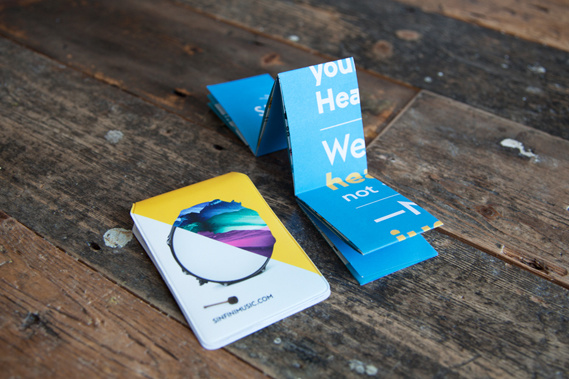