After a five-years, Foster’s lager says ‘hooroo’ to Aussie characters Brad and Dan. Take a look back at the successful “Good Call” campaign by adam&eveDDB. 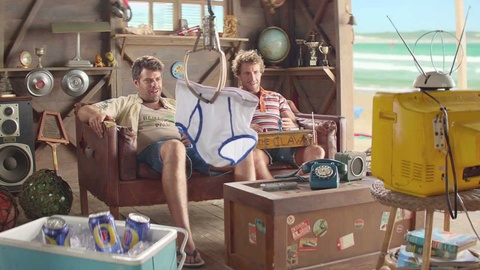 Having helped many a ‘pom’ in his hour of need, it’s time for Britain’s two favourite Aussies to finally step down as they head off to marry two ladies called Dawn and Matilda.

Foster's will be waving 'Hooroo' to their iconic “Good Call” ad campaign characters Brad and Dan with their final advert which premiered last week in the UK. Their final The TV spots see the advisory Aussie mates packing up their bags in preparation for embarking on new married lives with their fiancées Dawn and Matilda. The pals reflect on their times helping men across the world, before getting out of there before the phone bill arrives - the advert ending on the line "Hooroo". 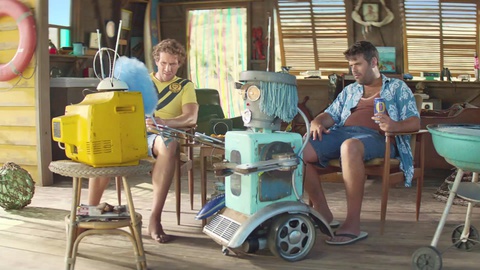 Having originally appeared in 2010, the award-winning “Good Call” campaign has been incredibly successful for Foster's - driving nearly 70% of Foster's sales growth between 2010 and 2013, and moving Foster's from third to first place in the off-trade lager market – according to the Heineken-owned brand.

The campaign was devised by creative agency adam&eveDDB after the lager brand ended its 14-year relationship with M&C Saatchi. It featured the character duo as agony uncles who advise men on their relationship problems. The campaign won the IPA Effectiveness Grand Prix.

Ads included “Tattoo” where a Craig from the English city of Leicester calls to ask whether it's a good idea to get a tattoo of his girlfriend's name.

There was also “Paddle of Rebuke,” where Brad and Dan dispense telephone advice to a pub caller from Cardiff’ whose mate “keeps talking about the economy on a guys’ night out.” The beach hut duo instantly identify the pub talk problem as “ a classic case of GFC - Gentlemen’s Fun Crisis “ and their caller is advised to invent a code word or sign to warn his mate “when he’s being a drongo.”

After confirming that he and Brad use the ‘Paddle of Rebuke’ in such circumstances, Dan is given the perfect opportunity to demonstrate its effectiveness when his beach hut partner momentarily muses about the way “the volatility of the financial markets in developed economies affects us all.” The spot ran throughout coverage of the 2014 FIFA World Cup matches.

In 2012, Unit9 helped created the interactive component called “The Good Call Centre”. The microsite they created allows users to submit a friend’s problem to create a personalised flash video response that is then sent to their Facebook page.

As part of the farewell campaign, Foster's is also hosting a one-month long charity eBay auction of all of the pair's favourite items, including the friends' sofa and their “Paddle of Rebuke”. 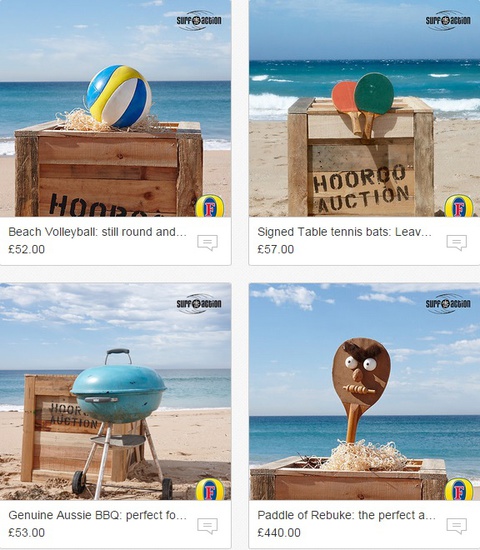 "Brad and Dan have been hugely successful for Foster's since they first appeared on our screens in 2010, and whilst we're sad to wave hooroo to them for now, we're excited for the next adventure for the Foster's brand. We wish the two mates all the best in married life," says Ifemoa Dozie, Brand Director at Heineken.

Are you sad to see them go? 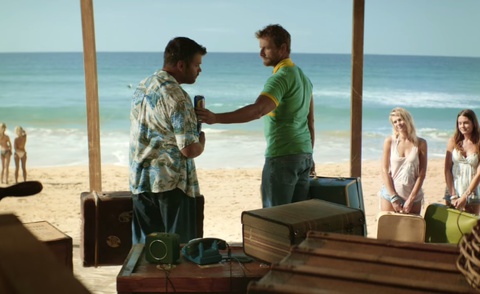