From a celebration of Indian women to cars doing Kung-fu

From a Kung-fu scene re-enacted by cars to a celebration of Indian women – check out our round-up of ads from around the globe. 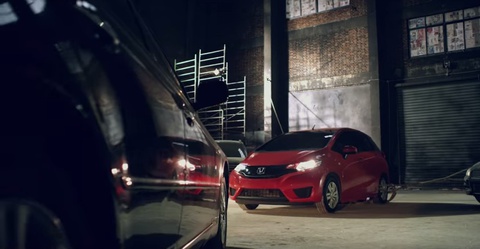 Craftsvilla is one of India’s largest online stores selling Indian clothing and jewellery. This beautiful spot from Leo Burnett India shows off the retailer’s artisan products by putting women at the centre of the brand’s campaign.Directed by fashion photographer, Bharat Sikka, the 90-second spot features bright pigments set against rustic Indian backdrops.

“The strongest measure of chemistry between two strangers is when it is devoid of words. A glimpse, a smile or even an eye-contact can sometimes create a memory for a lifetime,” says, Leo Burnett India CCO, Raj Deepak Das. “We used this ladder for Craftsvilla.com. In the process trying to make ethnic cool. The soundtrack lifts the overall mood of the campaign and lends a feeling of grace to it.”

Now we’re off Car-Fu fighting in Singapore. BBDO Singapore’s spot for engine oil manufacturer Mobil 1 pays homage to the Kung-Fu film genre. The ad’s hero takes on the bad guys in a high-octane display of agility, precision and fluidity.

The outcome? Let’s just say you don’t want to mess with a car powered by Mobil 1. Stunt drivers star in the faux-70s style spot directed by Eric Augier through Stink Shanghai.

Speaking of the 70s - remember Ridley Scott’s famous “Boy on Bike” for UK bread makers, Hovis? There have since been several ads reinforcing the brand’s identity heritage with “Go on, Lad” and “Farmer’s Lad” but their latest is a subtle, slightly tenuous, nod to Scott’s original spot from the 1973. Created by Mother, London, we see three kids on their bikes doing everything they can to escape the clutches of a house that will stop at nothing to keep them inside.

Directed by Johnny Hardstaff for Academy, we see obstacles being erected by some mysterious force brick by brick in a feat of CGI from the Moving Picture Company. The spot ends with the largo from Antonín Dvořák’s New World Symphony which of course featured in Scott’s cobbled streets.

Next is an ad for Dove which addresses issues surrounding self-confidence in teenage girls going through puberty and how they are bombarded with unrealistic expectations of what they ‘should’ look like. The looping narrative in “Change One Thing” features a series of teenage girls revealing the one quality they would change about their appearance. The ad moves from one girl who longs for a different feature, to the next girl who has that exact feature but still wishes for an alternative.

Creative content agency Evidently created the 70-second spot which takes a leaf out of the “Like a Girl” campaign book. The spot wasn’t scripted and the real teenage girls featured didn’t know about the film concept in advance, so the reactions that we see are genuine. As part of the brand’s continuing “Campaign for Real Beauty,” The Dove Self-Esteem Project has a new partnership with Pinterest , offering women and girls access to more than 80 confidence-boosting pins, using educational curriculum developed by the Dove Global Advisory Board.

Moving on to this new spot for the National Park Foundation, which raises money to sustain government parks in the US: Created by Grey New York, we see a world full of lost souls, who are covered head to toe in body paint.

In “Find Your Park”, we follow their journey to sites across America until they find the place which they belong and are – literally – part of, as we see them camouflage into the landscape. The spot was directed by Floyd Russ.