Following on from the indie success of the original viral animation Metamorphosis - a twisted look at the Good Books story as might have been told by the dark lord of Gonzo, Hunter S Thompson - Good Books presents Havana Heat. 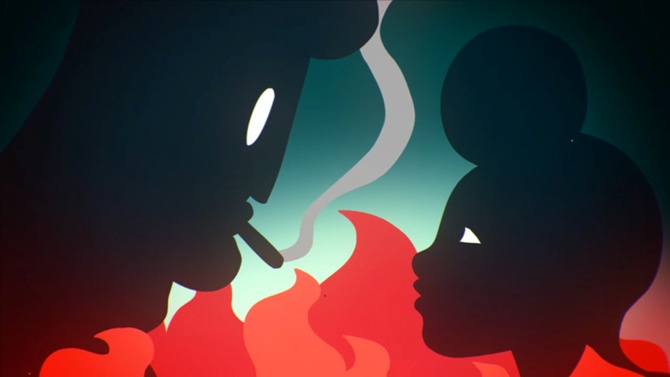 You may have seen the first in the series on our Inspiration page. In “Metamorphosis”, a trippy animation and sound collage by Antfood and Buck, Kafka's heartwarming fable of a man transforming into a giant cockroach monster replaced Gregor Samsa with Raoul Duke. The film recently won Gold for animation at the 2012 London International Awards.

Buck described the film as an “opportunity to create a graphic equivalent of a drug fuelled rant bringing all of our collective skills to bear. And it is almost unfathomable that we could actually do something like this and benefit a good cause.”

Animated by duo McBess and Simon of The Mill in London, “Havana Heat” is a steamy love letter to Good Books, in the bodice-ripping language made famous by Mills & Boon books.

“We were presented with two scripts, this one and a Noir one,” says creative director for design. “We went with the Mills and Boon option as it was very different to the Good Books film made last year by Buck. The script also lent itself to the rude, juvenile sense of humour that Mcbess and Simon do so well!” 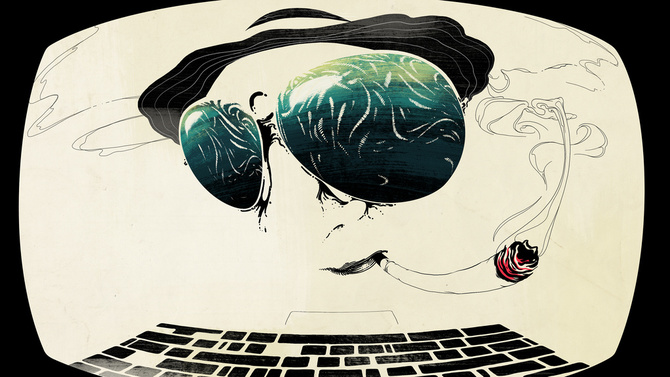 Each of the Great Writers films builds on the concept of telling the Good Books story in the style of some of the world’s greatest authors. All time and effort is donated for free fuelling the cornerstone of the charity, for the collective good.

The idea is unique and simple. Online book buyers are asked to do no more than just buy the titles they want through Good Books. All retail profits are then given to charity Oxfam. There is no mark-up and delivery is free worldwide.

Good Books was created by Dr Jane Cherrington, a keen observer of human consumer behaviour. As it became increasingly harder for charitable organisations to to tap into communities, she proposed a new model to provide a perpetual revenue stream for charity by converting an everyday purchase opportunity into a vehicle for gifting – in this case, books.

Jeremy Taine, ECD of String Theory and author of the series came up with the original concept with colleague Tom Paine - to tell the Good Books story in the style of different authors. Taine has also written scripts in the style of mystery legend Raymond Chandler, and another in the style of J. R. R. Tolkien.