72andSunny has created a series of wonderfully site-specific ads for Google, weaving the digital giant into the fabric of New York City. 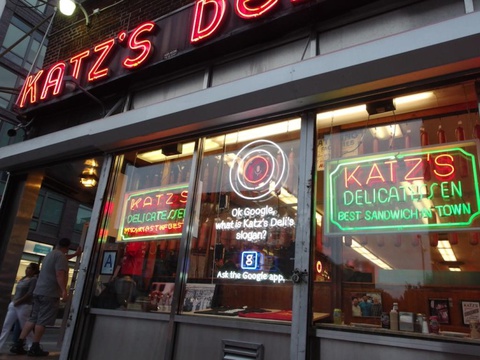 As part of the campaign promoting Google’s rebranded mobile app, 72andSunny has executed a series of outdoor ads dotted around New York City by working with a variety of organisations and proprietors to bring the small installations to life.

They’re a bit more tricky to spot than your standard billboard, but that means the playful factor is high. Google is a behemoth, but it’s gone almost incognito in the city. 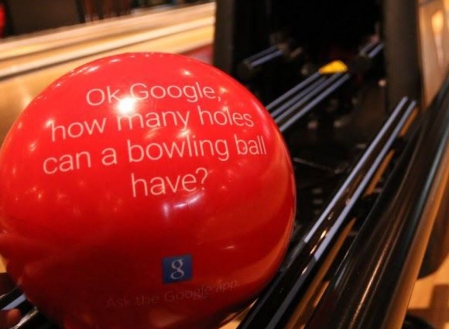 One of the ads can be found in the form of a new neon sign in the crowded glass of Katz Deli that looks onto East Houston. It reads: "Ok Google, what is Katz's Deli Slogan? Ask the Google App." For the record, the answer is: "Send a salami to your boy in the army."

"Google search has always been about inspiring curiosity and enabling discovery," says Google.

"This is the inspiration behind encouraging New Yorkers to re-look at familiar landmarks—both big and small—in a new light. By pairing interesting questions with visually intriguing placements we hoped to cut through all the sights and sounds of the city that compete for attention."

"Our outdoor campaign aims to spark curiosity about the breadth and depth of New York, and the types of information you can ask of the Google app. Where possible we tried to make the work feel as natural to the environment as possible—from custom bowling balls in Brooklyn Bowl to cappuccino cups in Cafe Reggio." 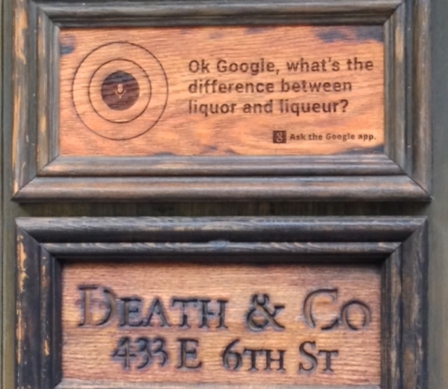 Google also ran a banner ad atop The New York Times homepage that was updated in real time. Writers from Google's creative team and 72andSunny wrote search queries that tied into the newspaper's top news stories, which appeared in the banner ad slot atop the newspaper site's homepage in real time.

The campaign aims to plug the innovations and functionality that live in the Google app that can't be delivered through a browser. Among those features is Google Now. That uber-assistant service connects to different tools like someone's calendar, email inbox and device location and can automatically notify someone when they need to leave for the airport to make a scheduled flight and pull up the email with airline information.

Google Now is expected to eventually be a focus of the campaign, but the first roll out is highlighting the app's voice search, incorporating the "OK Google" command that triggers a voice search query. 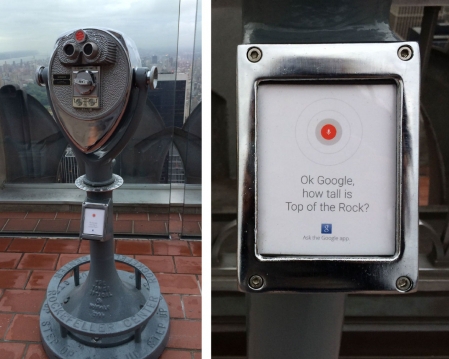 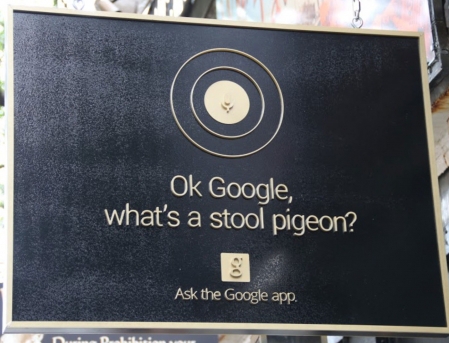