The witching hour is nigh which means the ghouls of seasonal advertising are upon us. Creepy and unsettling, here are some of the Halloween themed ads floating around this autumn... 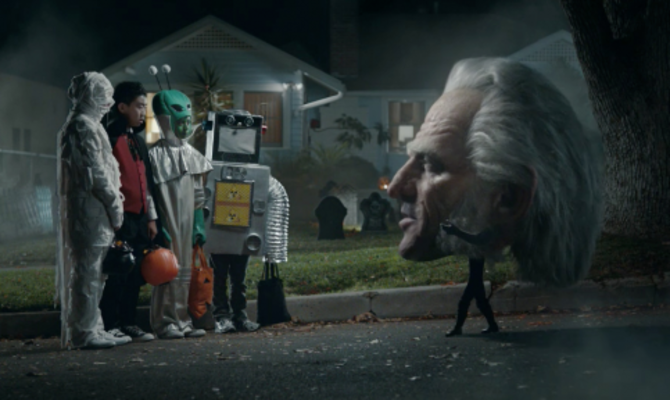 This Horseless Headsman played by, Ezra Buzzington, seems to have got it backwards this Halloween until he has a bar of Snickers – paying off the tagline: "You're not you when you're hungry." Striking a balance between funny and spooky, the ad features as our Spot of the Week 2012/44.

No humour here – just a strong message delivered with the help of frightening costumes and ghoulish imagery. Children’s welfare organisation Fragile Childhood had a disturbing PSA earlier this autumn. The ad didn’t wait until Halloween to show how monstrous parents who drink might come across to their children.

This spot aims to show that CPR can bring you back to life. The ad shows how zombies also have an interest in bringing people back to life... (for malevolent reasons of course!) and was created for the Heart & Stroke Foundation campaign promoting two-hands CPR.

Cadbury Screme Egg "They're Here" by The Hive, Toronto

Several classic horror film scenarios are reenacted in Cadbury egg form, highlighting the company's new Halloween-themed "Screme" eggs. The little eggs (which can only say one word, "goo") are weirdly adorable until Screme zombies and monsters attempt to gobble them up.

Chipotle "Boorito 2012: Do Some Good this Halloween" by Creative Artists Agency, Los Angeles