In H&M’s promo for Alexander Wang x H&M, the viewer is pitted against a gang of supermodels in a fierce race. 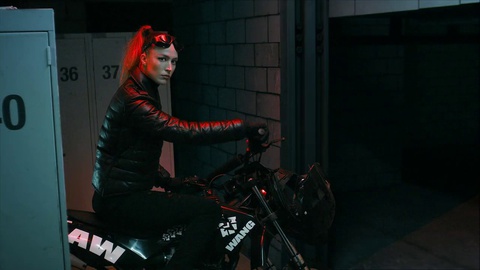 A fierce race launches H&M’s Alexander Wang x H&M collection. Filmed in a labyrinthine underground-meets-outdoor space in London, the high energy spot titled “You vs.”features models including Joan Smalls and Isabeli Fontana warming up before some competitive dodgeball and parkour. If you look carefully, you can even spot West Ham United’s Andy Carroll.

As the camera transitions into first person and a CG wall of lockers opens up to reveal the entry to the maze.

Created by H&M Redroom, the two-minute online film and TVC teasers were directed by collective Tell No One (Luke White and Remi Weekes) through Good Egg with VFX and grade from MPC. 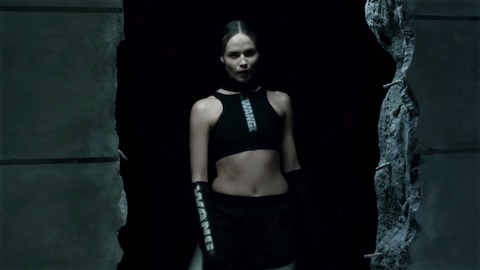 Partly filmed in first person, the stylish spot was filmed in an underground theatre in Islington, its multiple tunnels and backstage alcoves creating the setting for Alexander Wang’s labyrinth.

Created as one continuous camera move, the spot was created with special effects known as “multiple plate stitching”.

“Over 70 separate plates make up the final spot, not to mention integrating the various CG elements and set extensions,” explains Iain Murray, who led the VFX team. 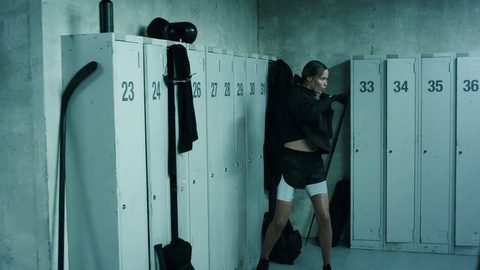 “There was no motion control whatsoever which made the process all the more difficult, however by keeping the filming handheld it gave the spot an energy and realism you can’t recreate in the studio.”

Brazilian model Isabeli Fontana managed to avoid being hit by multiple dodgeballs by being filmed at each end of the sequence. The move was then adopted by a body double, who was shot performing the acrobatic move on four separate plates before computer generated balls were integrated into the scene.

The theatre contained features, which fit perfectly for the end shot as the viewer abseils to the finish line. The enclaves were built up with a combination of CG and Digital Matte Painting to extend the set.

The full interactive version of the film can be viewed at hm.com/wangxhm. 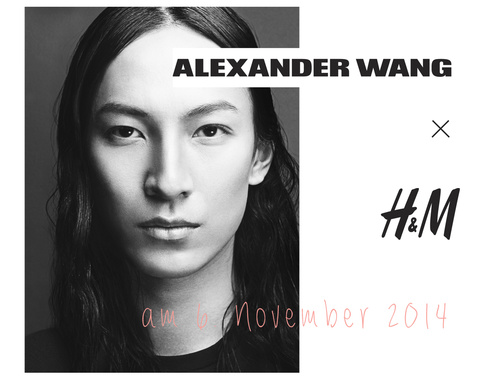