Ikea and DreamWorks team up to create animations for toy range

Ikea and DreamWorks have teamed up to create a series of animated shorts, which promote a new series of the homeware brand’s toys.

There’s a lot more to playtime than tag. It fuels development, makes us more creative, stronger and more active. It sparks curiosity and makes the world bigger - for children and grown-ups. Recent research conducted by Ikea has inspired their new toy range which will be backed by a short film series.

The series includes 25 films that use a combination of 2D and stop motion animation. The new Lattjo toy collection is due out in stores from November, with the single-minded mission to inspire people to play more together every day. 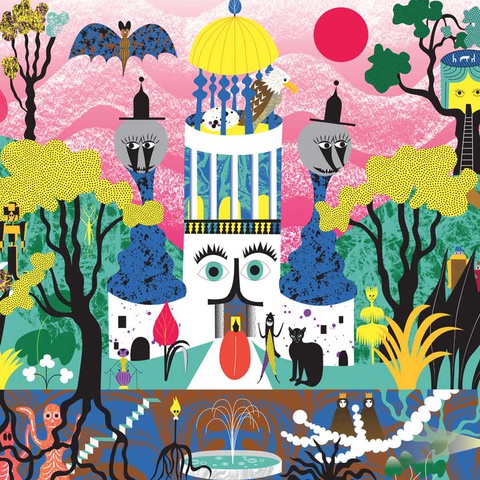 With aim to support the collection and to further inspire play, the collaboration utilises DreamWorks Animation’s storytelling expertise to celebrate and expand the imaginative worlds of the Lattjo range’s characters.

Ikea says the “Lattjo” characters are inspired by insects, roots, animals and vegetation, which help teach children how to navigate the world - from Ernst the Eagle who is scared of heights and the go-getter Root Queen who is stuck with a security team of bats. In the funhouse a quirky wizard tries to create spells to make play happen, and a vegetarian vampire who prefers board games is forced to manage Mu, a seven-year-old newly set free hyperactive mummy extremely eager to play tag.

"The World of Lattjo" trailer

The collection consists of a wide range of games and toys for active play, making music, game nights, and role play- with the mission being to encourage people both young and old to play more. This includes costumes; Ikea-fied games like chess, dominoes, tug of war, and percussion instruments; plus a ‘recipe book’ of activity ideas.

“Ikea and DreamWorks Animation share belief in the importance of play for everyone,” says Cindy Andersen, Business Area Manager at Children’s IKEA. “We also share a passion for great stories. We are so excited that DreamWorks Animation is helping us tell the Lattjo story, and Lattjo will help our customers create their own.” 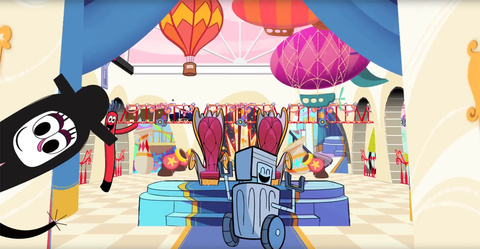 According to Ikea’s 2015 Play Report (interviews with 30,000 parents and children from 12 countries), “50% of all adults want to find their inner child, and that both children and parents want to play more together.”

“Our work is to make things better and that's why we're always curious about new ideas, new techniques and new collaborations,” says Marcus Engman, Design Manager at IKEA. “This specific collaboration is exciting because it brings new life to our design, making the experience of IKEA products bigger, broader and better.

There will also be an accompanying app, sparked by the report’s findings that over half of the parents surveyed said that play can include the use of smartphones, tablets, game consoles, and computers.

The first videos will be released in November on Ikea’s YouTube channel, with more rolling out through spring 2016.