John Lewis insurance ad from adam&eveDDB plays with stop motion to celebrate all the things that make a house a home. 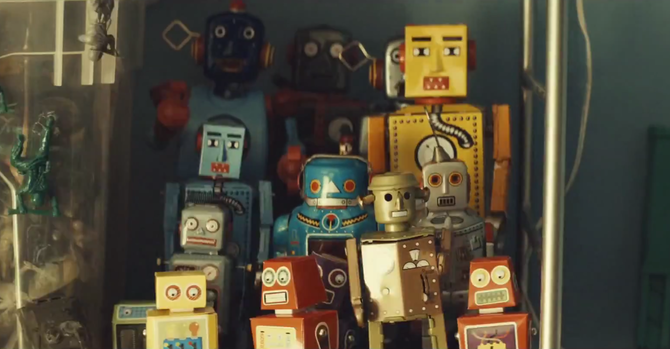 Heartwarming and comes with a new cover of an old song. That seems to be the winning formula for John Lewis and they’ve stuck with it for their latest ad promoting their insurance service. But this time they’ve played with the – also popular – formula of stop motion.

The 90-second ad is the result of a collaboration between adam&eveDDB, London, and Blink.  The Household objects like cutlery, toys, books and furniture come alive and hobble through a family home.

Everything from the toaster to the living room sofa – as well as the family members themselves - join the sea of household items to sweep through the house and gather in the front garden for the ultimate family portrait.

The video ends with the strapline 'If it matters to you, it matters to us' and a shot of the photograph in a frame above a fireplace.

Blink’s Dougal Wilson, who directed John Lewis’s "Always a Woman," was reunited with the agency as well London’s VFX shop, the Moving Picture Company, for the campaign spot.

"There were an enormous amount of rigs to remove, plates to rotoscope, backgrounds to paint and layers to composite, and an alarmingly short space of time to do it in.

"However, they managed as always and still had time to humour my usual last minute tinkering." 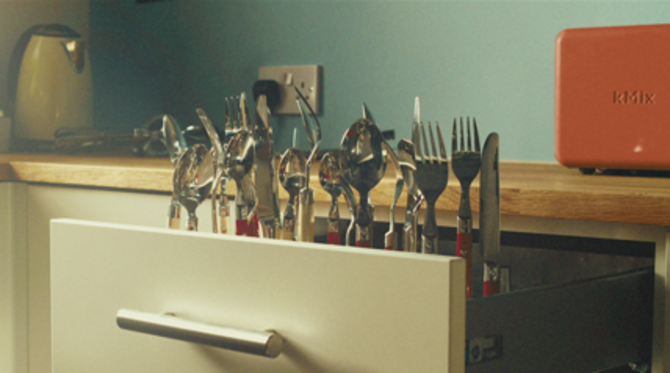 Go behind the scenes.