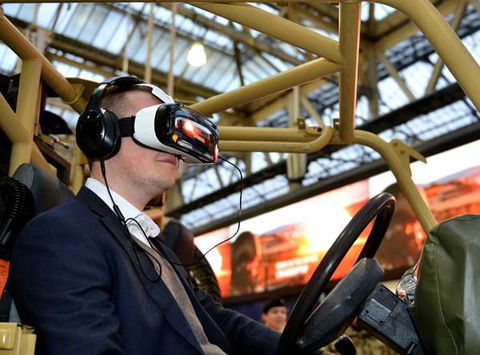 We are increasingly seeing the creative possibilities of Oculus Rift, with campaigns such as Game of Thrones’ "Ascend the Wall" or Wrigley’s "Experience 5Gum making use of the virtual reality trend.

The latest campaign has been taking an immersive roadshow around the UK so people can see what life is like in the Army Reserve as part of its “more than meets the eye” series.

The event features 360-degree 3D presentations using the Army’s new Oculus Rift technology - wrap-around virtual reality headsets which will let potential new recruits experience the sensations of being on training exercises and operations in the UK and abroad. Members of the public take a seat in a Range Rover before strapping on the Oculus Rift.

In the simulation, the potential recruit plays the crewman of a Challenger 2 tank, surrounded by other tanks engaging enemy positions, as well as communicating with other armored vehicles driving alongside them. 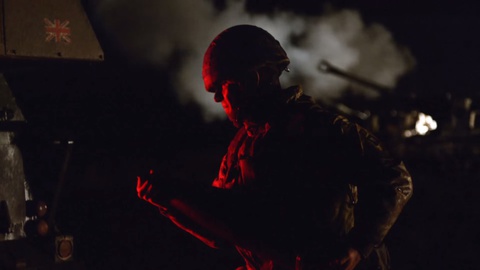 “By using the virtual headsets, people will be able to step straight into an exciting real-world scenario of volunteering with the Army Reserve and the huge variety of challenging roles there are to choose from,” says Major General Chris Tickell, director-general of the Army recruiting and training division

“Introducing virtual reality technology is just one of the ways that the Army is transforming the way it recruits.”

“This is the first time virtual reality has ever been used for recruitment purposes and to me, the Army are the perfect client to achieve this world-first with, as an organisation that has always mixed tradition with cutting-edge technology,” says Henry Stuart, managing director of Visualise.

As virtual reality becomes ever-more mainstream, the applications of it widen. From launching cars for Mercedes by allowing you to sit alongside Lewis Hamilton as he tears around a racetrack, to allowing members of the public to become instant virtual holidaymakers with Thomas Cook, we are seeing brands and organisations the world over sit up and take notice of the possibilities.”

The campaign also includes a more traditional TV ad to go alongside the technology. The ad shows reservists taking part in a range of activities from live firing exercises in Challenger tanks to underwater welding, and from lagoon diving to delivering emergency medical supplies and humanitarian aid. It also features several slow-motion explosions.

To further enable people to get a closer look at what life in the Army Reserve is really like, a series of bite-size documentaries following the soldiers are available on YouTube.

Beatbox artist, Faith SFX, created the music soundtrack made solely with the use of his beatboxing sounds.

Neil Godber, Head of Planning at JWT comments: "This activity encapsulates what's unique about the Army Reserve: it gives motivated people the chance to experience the adventure, challenge and camaraderie of Army life within their current career and home life."