LeBron James comes home. Brands let you know about it with these goosebump inducing spots. 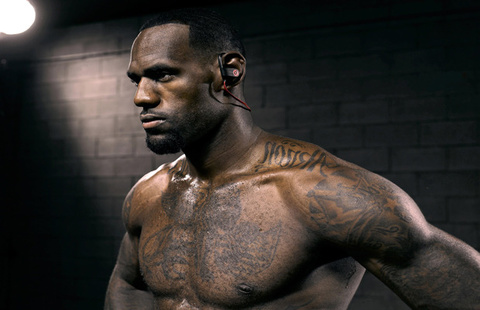 As LeBron James made his return from Miami to the Cleveland Cavaliers after four years, the basketball player’s Ohio homecoming called for high drama in the ad world.

First up was an ad campaign from R/GA for Powerbeats2 wireless headphones from Beats by Dre. The 150-second headlining spot titled “Re-established 2014” shows the athlete, who is a shareholder of Beats, pumping iron in a gym that bears his name at St. Vincent-St. Mary, his former high school in Akron, Ohio.

We see flashback and images of his hometown, set to the sound of Hozier's soulful anthem "Take Me to Church". The voiceover even features James' mom Gloria: "This is the city that raised you. I'm so proud of you. Welcome home, son."

Shorter, accompanying spots focus on – amongst other things - the NBA star’s mother, the city of Akron, his apartment at Spring Hill and Hawkins Basketball Court.

Nike Basketball’s spot from Wieden + Kennedy and directors the Malloy Brothers, was timed to the Calveliers’ opening home game against the New York Knicks. In the spot, which is over two-minutes long, LeBron delivers a pre-game pep talk to his team, which becomes the team of teams as all of Cleveland joins the huddle. 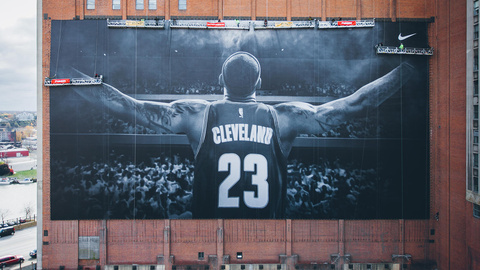 The 2014 banner is similar to the iconic one that was in place for years (below) before being taken down after James signed with the Miami Heat in 2010. 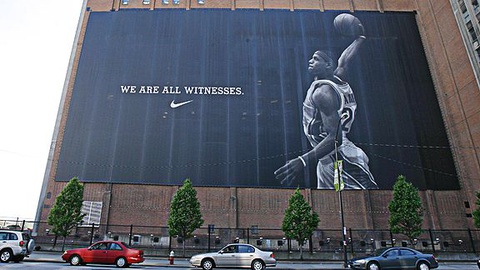 And Sprite took credit for LeBron’s first home court game appearance in September, which wasn’t in Cleveland; but in his hometown of Akron, Ohio. Sprite and creative agency Translation worked with city officials to turn Patterson Park, where LeBron first discovered his love for the game. They teamed up with New York street artist Futura to remodel the neglected courts, and hosted a special community pick-up game and basketball clinic for local youth.

The whole thing was capped off with a special appearance from LeBron himself, who soon joined in the action for his “First Home Game.” The campaign's spots was directed by famed auteurs The Bandito Brothers, and features “I Bet My Life” from Imagine Dragon as the soundtrack.