There’s more to win than money: Leo Burnett India puts cultural and religious discrimination in the spotlight with their TV campaign for Sony Entertainment Television’s eighth season of Kaun Banega Crorepati (KBC) – India’s answer to Who Wants to Be a Millionaire. 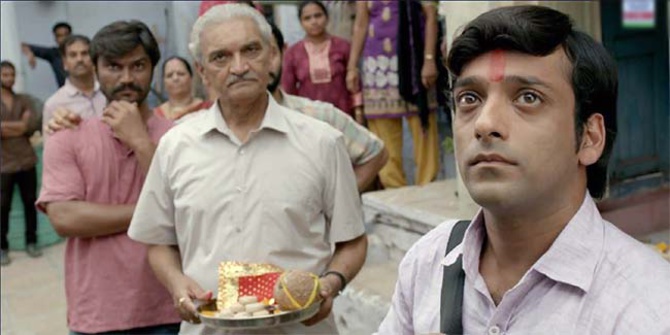 The show says it is going 'inclusive' in its launch campaign this year, promising to bring more than just the family together, highlighting cultural and religious prejudices harboured in the country.

The latest TV promo, “Neighbours”, shows an age old animosity between two communities, aimed to be portrayed with a thoughtful yet sensitive approach.

On the hot seat, when confronted with a tough question by Bollywood veteran Amitabh Bachchan, Ankit opts for his 'phone a friend' lifeline (the show is being viewed live by both the families). He calls the elder of his Muslim family neighbours, addressing him as Chacha (Uncle) and asks him the meaning of 'As-salamu alaykum'.

The elderly man emotionally answers the question with "Khuda tumhe salamaat rakhe, beta" (May god keep you safe, child). As Ankit wins with this correct answer, both the heads of the families come out and hug each other.

“For years, the show and its superstar celebrity host Amitabh Bachchan have brought together people from diverse regions, cultures, languages and aspirations for its viewers to watch and appreciate while bringing families together in front of the television,” says the campaign’s write up.

“KBC has challenged, inspired and helped thousands of Indians to earn knowledge, money and fame in the most engaging and entertaining fashion.

“If that's the legacy of the show, its publicity promotions break new ground every year and work their own charm with the masses. Engaging them with thought-provoking messages crafted and presented with endearing simplicity.” 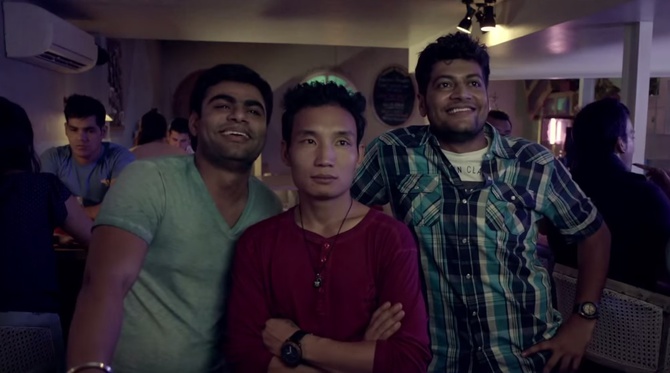 Another spot, “Kohima”, premiered in July, aiming to highligh the sensitive North-East India racial discrimination issue, which is still present in India.

It features a contestant from North-East India in the hot seat of KBC as the camera cuts back to show the viewers across India keenly following the show on TV.

Amitabh Bachchan poses the question asking which country the city of Kohima (State capital of Nagaland, a state in the far North-Eastern part of India) belongs to, while providing China, Nepal, India or Bhutan as options to the answer.

The contestant opted to exercise the option of polling the audience much to the surprise of the home viewers as the answer is obvious. Bachchan informs the contestant that 100% of the audience chose the answer as ‘India’, to which she responds with “Yes, everyone knows about it but how many believe in it?”

The core tagline for the campaign is “Yahan Sirf Paise Nahi, Dil Bhi Jeete Jate Hain” (Here, not only money is won, but hearts are too).

"Over the years we have noticed that people wait for the KBC promos as much as they wait for the next season of KBC,” says Saurabh Varma, CEO, Leo Burnett India.

“And the participants who reach the hot seat take more than just money from the KBC stage. Our latest promos take this insight to a larger, national and social canvas. KBC ads effectively use the power of communication to raise the collective conscience of the nation. Looks like we have done it again.”