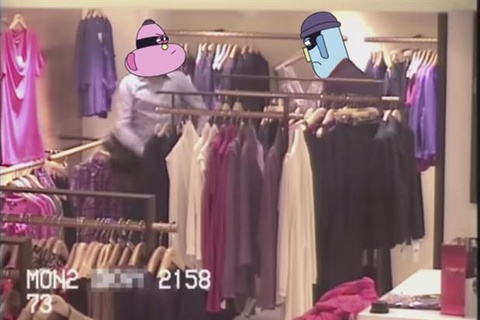 The “Shoplifters” spot, produced by the Layzell Brothers through Blink, uses CCTV footage from the high end department its stores of real shoplifters getting caught in the act. The faces of the shoplifters have been disguised with animated characters and the film finishes with a reminder that there’s now a better way to get a freebie – with the new Rewards App from Harvey Nichols.

The online film is part of a campaign to promote the new loyalty app which rewards customers with complimentary services and exclusive perks with every point spent in store or online.

"This campaign is designed to send a clear warning to the nation's shoplifters,” says Ben Tollett, ECD at adam&eveDDB. “The only free thing they'll get when they steal from Harvey Nichols is a day trip to the local police station." 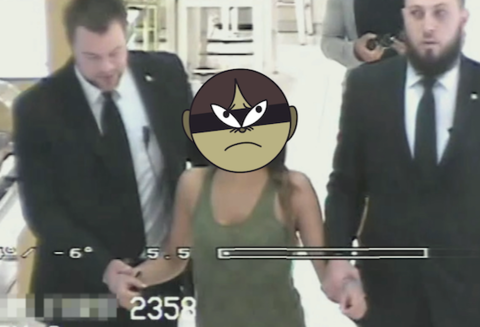 All elements of the campaign carry the endline, ‘Love Freebies? Get them legally. The new Rewards App from Harvey Nichols’: The campaign was written by Ben Stilitz and Colin Booth of adam&eveDDB, and is supported with print executions showing stylish shoplifters being caught red-handed (photographer, Marcelo Krasilcic) and instore activity reminding potential shoplifters that there’s now a legal way to get a freebie.

“We wanted to create a campaign which plays on the universal truth that everybody loves a freebie,” says Shadi Halliwell, Group Creative & Marketing Director of Harvey Nichols. “By downloading ‘Rewards by Harvey Nichols’, our customers are sure to be spoilt, the legal way, with fabulously stylish treats.” 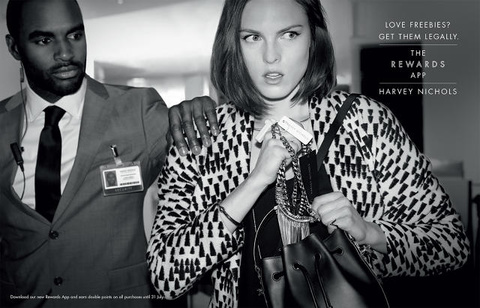 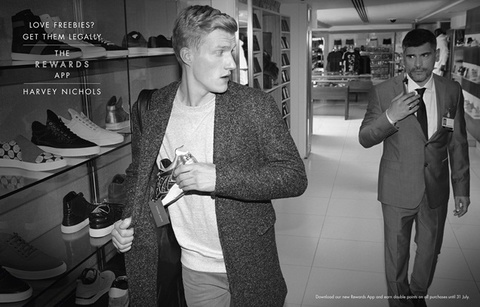