Marc Jacobs gives nod to Diet Coke’s advertising over the decades as new creative director of the soft drink brand. 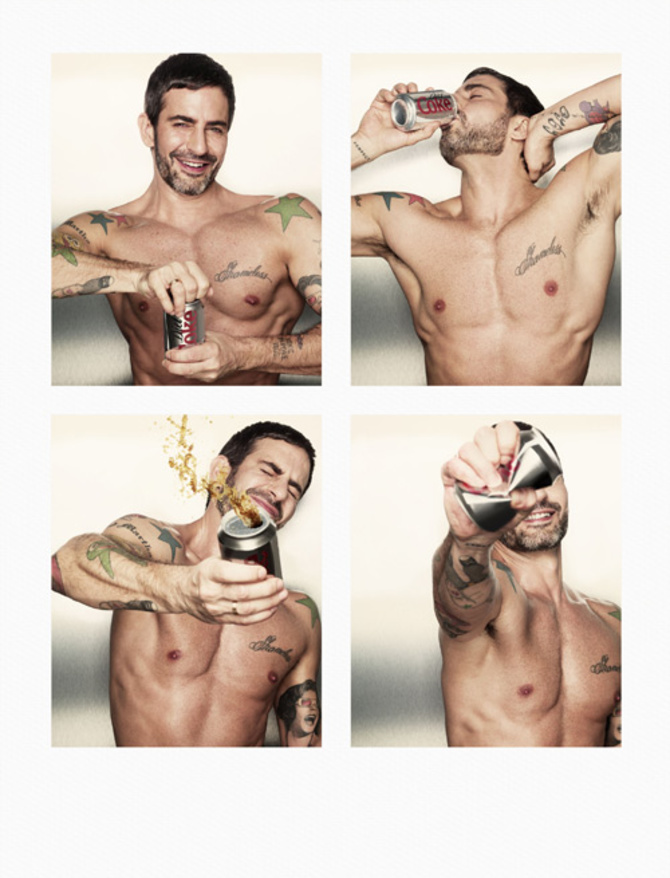 The collaboration will see Jacobs give the brand a “stylish and light-hearted” makeover, with a whimsical twist true to the designer’s style, in designing a limited edition run of bottles and cans.

To celebrate the brand’s three decades, the designs will “capture the rise of female empowerment through the Eighties, Nineties and Noughties” – an element of the “Sparkling for 30 Years” campaign.

"I feel very privileged to be the new creative director of Diet Coke and put my stamp on the 30th anniversary campaign," said Jacobs. "Diet Coke is an icon - and I love an icon."

The teaser features a shirtless Marc Jacobs, offering his own take on the infamous Diet Coke “Hunk” spots from the 1990s which featured Etta James’ “I Just Want To Make Love To You”.

The film takes place in a gallery, where the designer is obscured inside a photo booth, with items of clothing falling to the floor – only his trademark kilt is visible. Three girlfriends are attracted by the commotion of flashbulbs and investigate, to find out who the bare-legged man could be.

The curtain is pulled open, revealing a topless Marc Jacobs, having his very own Diet Coke moment in the booth and inviting the girls into the booth to celebrate the occasion.

Over the decades, only a few of Diet Coke’s spots have actually made it into Archive, including “Amtrak” ad by Lowe, London, which featured in a 2003 issue of the magazine. Subscribers can view it here | Not already subscribed? Subscribe now.