MORRISSEY TEAMS UP WITH PETA 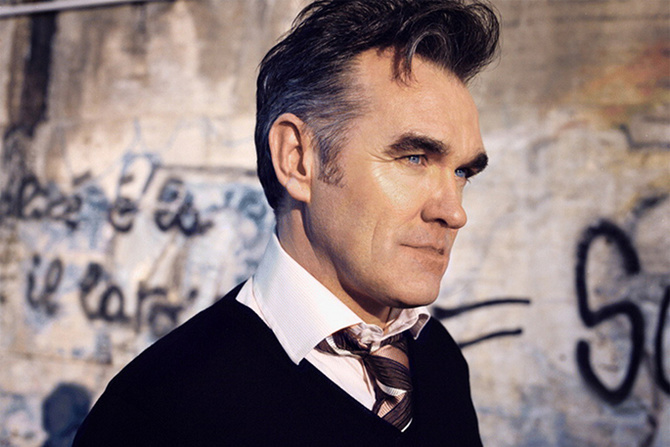 “Meat is Murder” performer Morrissey doesn’t hide his disapproval of meat eaters. Last year, the former Smiths singer performed at the Staples Centre in Los Angeles, asking for the venue to go 100% vegetarian for his show. In 2009, he left the stage in the middle of his Coachella set because he couldn’t bear the smell of meat being barbecued nearby: "I can smell burning flesh ... and I hope to God it's human," he said.

Morrissey has teamed up with PETA in a plea for veganism in a new animated short, "Someday," set to the 1992 track "I Know It's Gonna Happen Someday" sung by Morrissey.

The three-minute video is set to be shown during Morrissey's upcoming tour. Aminated by Anna Saunders, it follows the dreary life of a newborn chick snatched from its mother and raised in a dark caged existence.

Morrissey marked his 55th birthday last week (which just happened to fall in the middle of UK’s National Vegetarian Week) and PETA celebrated by stencilling the words “Meat is Murder” on the streets of Manchester.

Morrissey, PETA's 2011 Person of the Year, is a long-time PETA supporter. He recently donated the only signed copy of his hardback autobiography to be auctioned off, raising £8,300 for PETA.

He also donated a £10,000 settlement to PETA's campaign against foie gras – a settlement reached after the UK’s Channel 4 used a song by The Smiths without permission in ads for a show starring foie gras–loving chef Gordon Ramsay. Moz also posed with a cat on his head for a famous PETA campaign to promote spaying and neutering companion animals.