Mr Kipling creates a ‘world first’ with a billboard made entirely of cake. 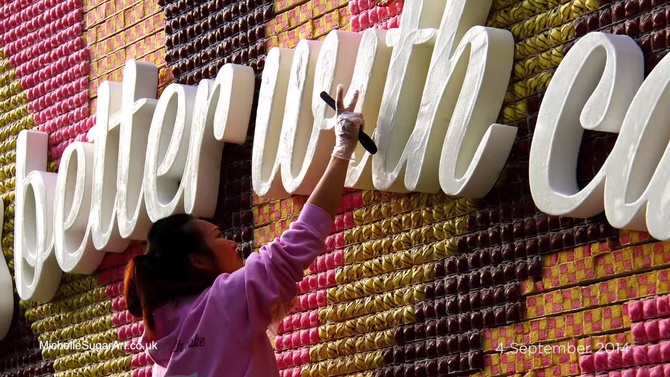 As part of its “Life is better with Cake” campaign, confectionery company Mr Kipling boasted a billboard made of 13,360 cakes and 2,000 glacé cherries in London’s Shepherd’s Bush area.

The poster was created by JWT London and was assembled over seven hours overnight with the help of professional food artist Michelle Wibowo, who has previously made a portrait of Prince William and Prince George out of 16,074 triangle pieces of Toblerone chocolate.

Measuring 6m by 3m this giant edible billboard was on display outside Westfield Shopping Centre in London on 4 September 2014, where the cakes were distributed to the public. 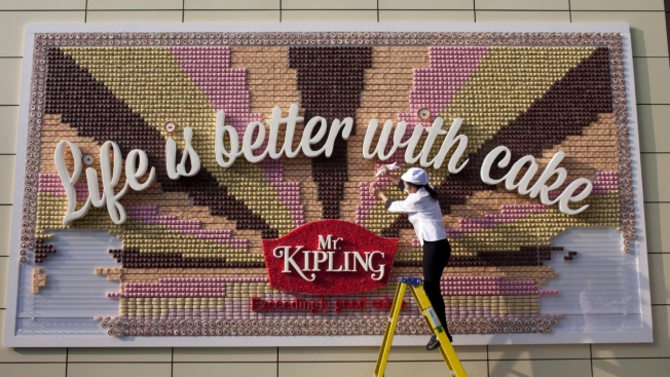 Lisa-Jo Harvey, a senior brand manager at Premier Foods, said "We can’t think of a better way to show people that life is better with cake than to create an edible poster made out of thousands of our exceedingly good cakes."

The wider campaign was created alongside the Saatchi & Saatchi digital agency Outside Line, the media agency Carat and the PR agency Cirkle.

David Masterman, a creative director at JWT London, said: "If Mr Kipling himself was doing a poster, he'd make it out of cake."

The wider campaign, according to JWT London, “aims to transform the entire cake category, as well as the Mr Kipling brand and reminds Britons that cakes bring delight to every occasion”.

As part of the campaign, an emotionally stirring TVC launches on Monday based around the story of a little boy and his imaginary friend – an enormous pink elephant. The creative portrays the ritual they enjoy before sharing a piece of Mr Kipling cake. The campaign retains the famous long-standing endline “Exceedingly Good”. 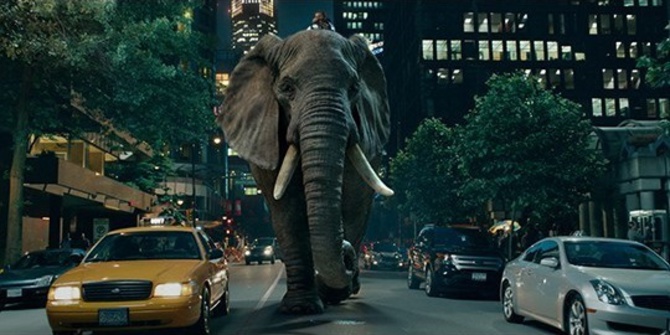 So are elephants the new cats? Mr Kipling has a pink one prancing around, and our recent Spot of the Week by Mother London took on an epic elephant theme too. Price comparison site MoneySuperMarket featured an elephant with some serious funk in its trunk, which shakes its stuff on a busy road to the beat of Cameo's "Word Up".