Tiffany & Co. turns a winter view of New York into a treasure trove in this animated spot created by by Ogilvy & Mather and Psyop. 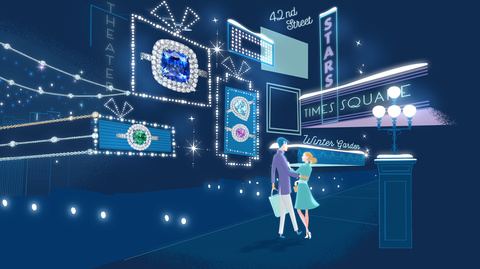 The 60-second video imagines New York City as a romantic winter wonderland and features shimmering Tiffany jewels in various scenes along with a Christmas tree in the classic ‘Tiffany Blue’ shade. The ad will also run in taxis, and shorter versions will appear on digital platforms in addition to print and display work. 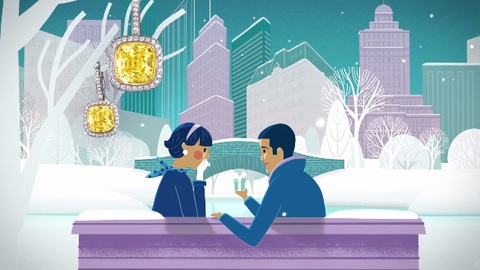 The longer version of the spot can be seen on the Tiffany website, with the animation used throughout to illustrate the company’s holiday gift guide. The gift guide also features ten additional shoppable videos.

Psyop have been creating some lovely animations including a beautiful film for Airbnb, who used a true story to illustrate its brand. 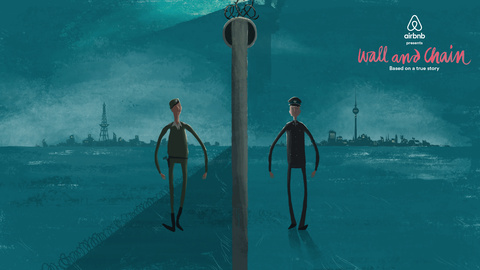 “Wall and Chain” is based on the true story of two former Berlin Wall border guards, Jörg and Kai, who were reunited by a chance encounter through the lodging website.

“In May 2012 an Airbnb traveller brought her father - a former West German border guard - back home to visit a united Berlin for the first time,” explains Airbnb.

“When they arrived, they were greeted by someone with a remarkable story - a man who served as a border guard in East Germany, just across the Wall from her father over twenty years ago. With the wall between them removed, the two men shared a unique bond, creating the trip of a lifetime.”

The campaign, by VCCP Berlin, also includes a “Belong Anywhere” microsite that hosts content about Berlin as well as interviews with those involved.