Nigeria’s Chibok Girls have now been in captivity for over 500 days. Lagos agency Noah’s Ark continues its mission to ensure we don’t forget about them through a campaign for a non-profit organisation advocating the rights and welfare of Nigerian children. 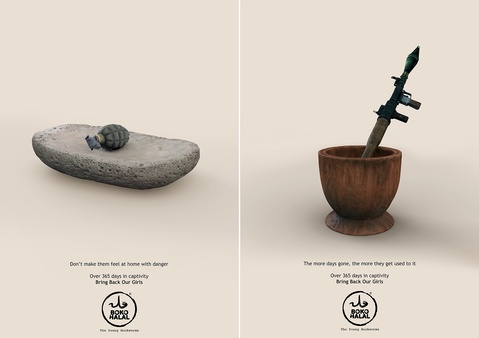 “When they (Boko Haram insurgents) say Boko Haram, we say Boko Halal,” he said. Noah’s Ark took this idea and ran with it: The Young Bookworms (Boko Halal), an initiative of Noah’s Ark Communications is a not for profit, non-governmental organisation dedicated to advocating the rights and welfare of the Nigerian Child with a bias towards promoting their education.

To this end, Boko Halal which means “education is virtuous” has been vocal in its campaign for uplifting the literary consciousness of every child.

In its latest inclusive and integrated campaign, titled #PutYourSelfInTheirShoes, Boko Halal intensifies its voice for the abducted girls, which aptly leverages on the #BringBackOurGirls campaign. 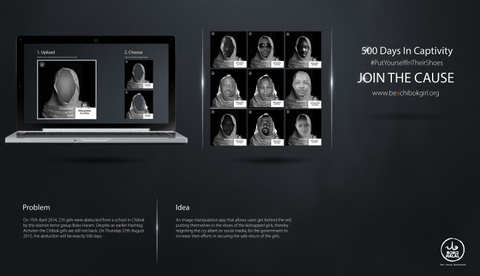 In one spot “Meat of the Matter”, we see a street food vendor chopping his produce on sheets of newspaper bearing headlines concerning Boko Haram. The ad is a reminder of our numbness to the plight of the Chibok Girls and aims at reigniting the cry for the government to increase their efforts in securing their safe return.

Text at the end of the spot reminds us that “when good men do nothing evil prevails. 500 days in captivity. Put yourself in their shoes.” 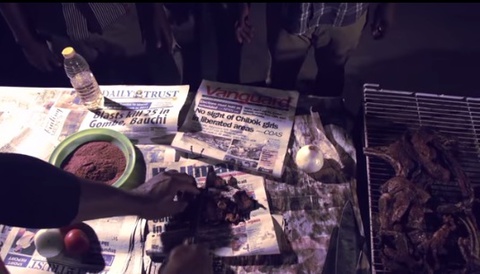 Online, “Be a Chibok Girl” allows you to upload your face onto a poster of veiled figure. After its press and digital launch on the in August 2015, #PutYourSelfInTheirShoes is gathering momentum across mainstream and digital media with names like Nobel Prize laureate and female education activist, Malala Yousafzai, endorsing the campaign.

“The organisation’s relevance became even more pertinent during the abduction of over 200 schoolgirls from Chibok, a town in northern Nigeria in April 2014,” explains Noah’s Ark creative director, Abolaji Alausa.

“Since then, Boko Halal has restlessly stimulated positive awareness and conversations amongst Nigerians especially key influencers of the public for the safe return of the abducted girls. We have had prominent local and international coverage and Lürzer's Archive has also featured our efforts.”

27 August 2015 marked the 500th day that the Chibok Girls have been in captivity. Nigeria's militant Islamist group Boko Haram - which has caused havoc in Africa's most populous country through a wave of bombings, assassinations and abductions - promotes under the guise of Islam to make it "haram", or forbidden, for Muslims to take part in any political or social activity associated with Western society. On 15th April 2014, 276 girls were abducted from their school in Chibok in northern Nigeria.

View more from the campaign https://chibokgirls.wordpress.com/