O2 TELLS US TO BE MORE DOG

This cat is like no other - he chases frisbees, digs holes and leaps into ponds. 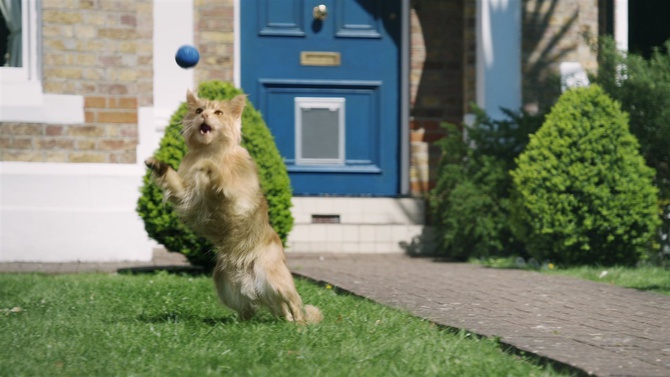 VCCP worked with the Moving Picture Company and director Keith Schofield on the spot, which features a lethargic cat who begins to live the life of a dog, to promote O2’s new “Be More Dog” campaign.

“The world is full of amazing technology, but sometimes we can be a little blasé, non-plussed or cynical towards it,” says VCCP.

“A bit ‘cat’ you might say. We’re surrounded by limitless possibilities but often unwilling to dip our toe in the water in the first place or aren’t quite sure where to start. As O2 looked to expand the brand towards delivering new digital products and services, we realised that our first job was to get people to lean forward – to be open-minded, enthusiastic and excited by the things that technology could offer them.

“So we created a movement, designed to infect the nation with an attitude of positivity and playfulness. A rallying call to try first and ask questions later. To push every button. To meet things with excitably open arms. To throw yourself in head first. To be, just that little bit more, dog.”

The online component smartphone and tablet was led by Fabien Frank of MPC’s 3D department, who created a 3D cat model using Maya, replicating the “cat-dog” used in the commercial.

Once the design of the cat was approved, the team spent three weeks applying fur dynamics using MPC’s proprietary software, Furtility, to recreate the technically challenging longer fur within 3D.

Twelve different cat animations clips were created, including the cat catching a frisbee, chasing his tail and idling. The team created the clips as loops, which were then randomised.

“The brief was to create a photo-real cat, within the minimalist design of the living room,” says Fabian.

“We shot the couch and other elements within the room, then composited the plates together with the 3D cat using Nuke." 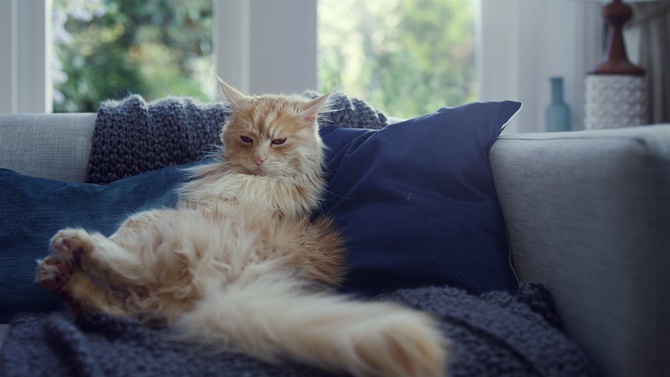