Our weekly pick of festive ads

It’s time for our weekly pick of ads from the festive season. Let us know which have been your favourites so far in the comments below. 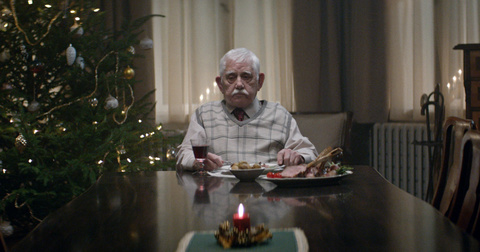 In the BBC's animated spot, an unloved sprout finds friendship with BBC One stars, from Doctor Who to Sherlock

Shot by Mario Testino and starring a cast of British actors, models and musicians: Sir Elton John, Julie Walters, Romeo Beckham, James Bay, George Ezra, Michelle Dockery, James Corden, Naomi Campbell and Rosie Huntington-Whiteley. The Burberry festive film pays tribute to 15 years of Billy Elliot, the British film and musical about a coalminer’s son taking up ballet. The overlap between the two themes is a little tenuous, but it's good use of the song 'Cosmic Dancer' by T. Rex.

And you can go behind the scenes here.

The German supermarket’s spot has been toying with people’s emotions and is said to have outdone John Lewis on the tearjerker scale.  To the song ‘Dad’ by Supreme Music plays in the background. It opens on a scene of an elderly man receiving a message from his daughter.

She and her family won't be visiting this Christmas. They'll try again next year. Watch on too see what happens when the family receive some heartbreaking news. Tissue sales must be going through the roof.

Canada Goose “Out There” by Spreekmeester

Oscar-winning filmmaker Paul Haggis has directed this short film for Canada Goose. “Out There” features the actual stories of five adventuresome people who have relied on the brand’s outerwear for their survival in extreme weather situations. Canada Goose infamous for its rise to cult status using influencers and very little traditional marketing to become one of the most popular winter brands in the world.

It’s their first-ever campaign, and focuses on the adventurers to remind city dwellers that its reputation wasn't built in luxury fashion. We’re told the stories of Laurie Skreslet, the first Canadian to summit Mount Everest; Karl Bushby, a former British paratrooper on a quest to walk around the world; Alaskan dogsled racer Lance Mackey, a throat cancer survivor who has won four Iditarods and four Yukon Quests; and Arctic pilot Paddy Doyle, who survived three days alone on the tundra in the middle of nowhere after making an emergency landing.

And if you’re a follower of Aldi’s ongoing “I like this one” campaign, you’ll notice a familiar face.

Net-A-Porter and Mr Porter “All For You”

Net-A-Porter and Mr Porter join forces to focus on the process behind their customers’ Christmas orders. The whimsical take on the fashion websites’ workforce shows pristinely-dressed staff attending lectures, styling looks on lightboxes and even creating silk handkerchiefs out of paper butterflies.

For an advert focusing on the - what can be mundane - subject of customer service, it’s a pretty stylish film.