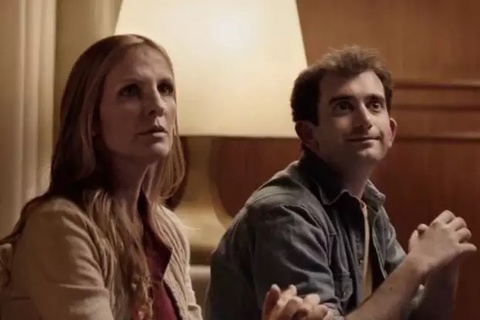 Del Campo Saatchi & Saatchi has created a campaign for Andes Beer, which is based on the notion that if “you’ve got something difficult to say, it’s easier to say it with an Andes”.

The brand has developed the first-ever beer bottle capable of recording and sending video messages. By scanning a QR code on the label, users can download an app, record a message, and send it virtually along with the bottle. The video message remains in the cloud until the recipient scans the same QR code. The message then self-destructs after playing, putting the sender at ease. So, a bit like Snapchat – but with a beer. 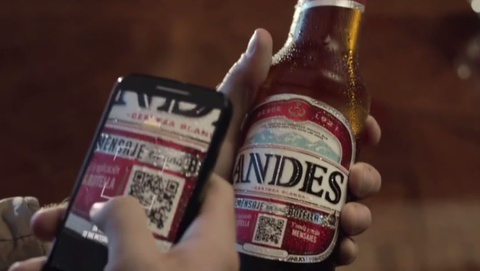 The campaign also includes spots directed by Nico Pérez Veiga and Ari Evasio of Primo. A one-minute spot plays out the awkward tale of a guy finding out his mother and best friend Johnny have been hooking up for the past six years.

Sat on a couch opposite his mum and friend, the guilty party decide to tell the tricky story via Andes Beer’s video message instead. “This isn’t a fling. This is love,” says his mother in the smartphone message before getting a bit too familiar with Johnny.

Earlier this year, as part of Del Campo Nazca Saatchi & Saatchi’s campaign for the brand, the agency installed the Teletransporter. To help pave the way for uninterrupted beer drinking with friends, the agency created sound-proof, sound-FX equipped booths and placed them in the middle of the busiest bars and clubs in Mendoza, Argentina.

When you needed to report back home, you could do so in the haven of the Teletransporter, surrounded by the sounds of your choice. The project was aimed at men, but surely women could find a use for it too.