An Ogilvy Paris stunt put a banned billboard above the law, as part of the Netflix launch of its Breaking Bad spin-off, Better Call Saul. Just watch to see how French police reacted. 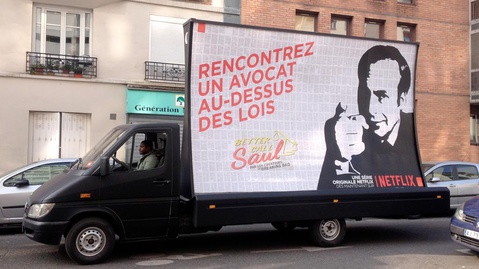 Say bonjour to Saul Goodman, the bent criminal lawyer who can be easily found in the yellow pages of Albuquerque. For the Netflix launch of its Breaking Bad spin off, Better Call Saul, in the French market, Ogilvy Paris pulled off an outdoor stunt for a man who is above the law.

Ogilvy Paris is a fan of outdoor work. The agency told us they were challenged to bring a fresh and innovative approach to the promotion of the anticipated Netflix show in France. The agency’s way in was to introducing the French people to the main attraction of the show - Saul Goodman on a mobile billboard. 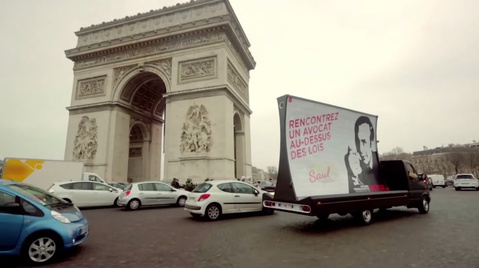 Ogilvy created a huge billboard that flaunted Saul made from the 3,420 pages that make up the French criminal code - Breaking Bad viewers all too well know that the lawyer so cleverly manipulates his way around such law. 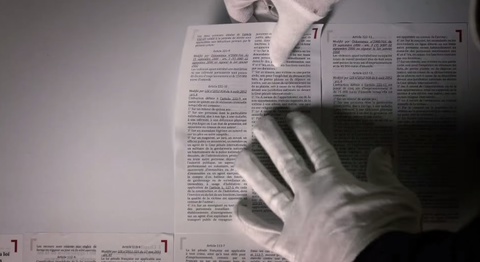 The creative team hired two flat-bed trucks and went mobile with Saul's billboard around Paris, driving in front of the Parisian law-enforcing judiciary systems such as the Law Faculty, State Prison and French Parliament.

“If Ogilvy would have got in trouble for the stunt, it would have called Saul,” says the agency.

Ogilvy’s execution was intended to be disruptive and fun. The team focused on the Netflix content, introducing Saul’s character (or in his case- lack-of-character) to Parisians with the aim of boosting on-demand subscriptions.

“Netflix inspires us as they constantly break the rules of entertainment,” says Ogilvy Paris CEO, Philip Heimann. “Ogilvy Paris's response and our personal commitment to Netflix is to break and invent new communication models and ones which are worthy of our clients' ambitions.” 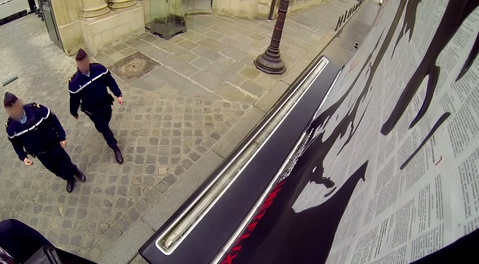 The Paris billboards were designed to react relevantly in context to its viewer's physical or emotional situation. For instance, a reactive GIF situated at the entrance to a Métro station that people would see as they seek cover just after being caught in the rain after a long day.

The team has urged us to stay tuned for more stunts to aid the French people’s understanding of what Saul Goodman does best - give law finagling tips to dodge the system, of course.