SNFC REMIND PARISIANS THAT EUROPE IS JUST NEXT DOOR 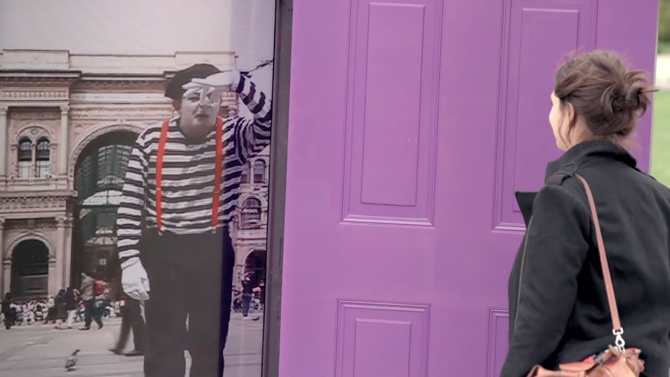 Doors in bright hues were placed in public spaces around Paris, enabling those passing by to enter these portals and experience places nearby. The doors opened up to special digital flat screens broadcasting live streams from different European cities.

TBWA\Paris created the “Europe. It’s Just Next Door” campaign, which allowed people to play with mime artists in Milan, dance with a hip-hop crew in Barcelona, go boating in Geneva, have their portraits drawn in Brussels and join a group of young Germans on a Stuttgart bike ride.

The technology behind the campaign involved providing a real-time experience via satellite connection and a custom-made digital screen fitting perfectly inside each doorframe.

Produced by Nathan Besse, and complemented by Florent Brown's soundtrack, the video ad will be broadcasted online and at movie theatres, beginning in October. The campaign will also be rolled out on massive posters in the Parisian Metro (entire stations will be redesigned in the colours of Europe and SNCF) as well as POS ads on buses. 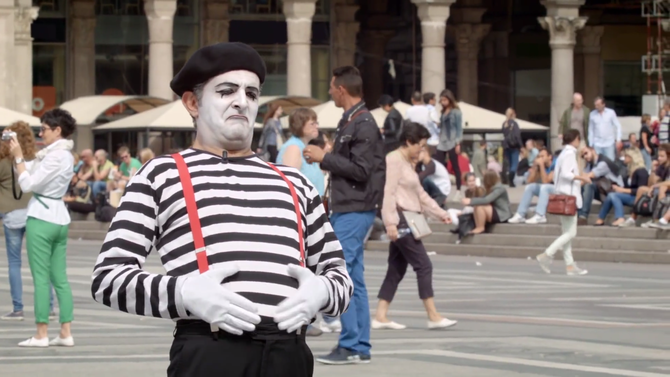 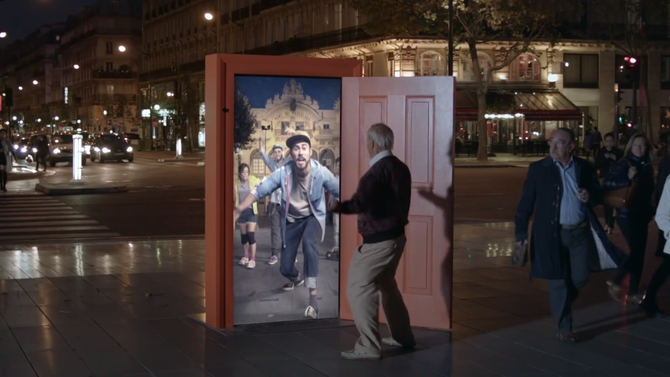 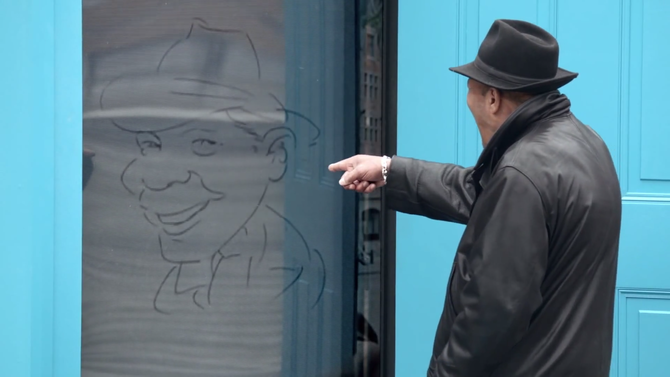