A remote-controlled Subaru races against an unravelling 30,000-strong ‘stick bomb’. 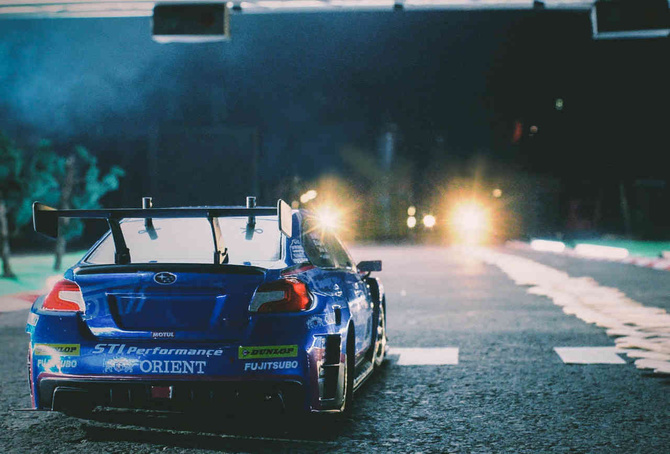 The brand's two-minute spot, "WRX STI vs. StickBomb" is packed with dramatic visuals of the miniature car drifting around curves and jumping over ramps while the wooden sticks fly into the air all around.

The two minute spot for an RC Subaru, inspired by Ken Block’s Gymkhana series, features a ‘stick bomb’ - a tension-based stick pattern that comes apart in dramatic fashion when a single stick is removed. The actual car isn’t one – it was a one-of-a-kind created via 3D printer just for the ad. 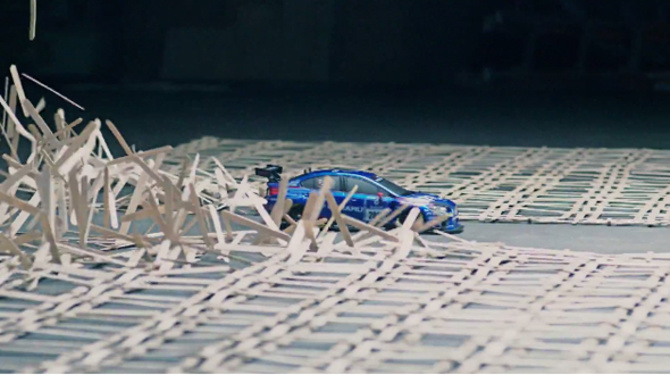 The ‘making of’ video shows how much work went into creating the campaign spot. Filming took place in a studio in Japan over 3 days and nights, with almost no rest in between, according to Subaru.

“Some 30,000 StickBombs were brought in for filming. Each time the stick pattern was triggered, it was constructed over again,” says Subaru. “Who knows how many StickBombs were used in total?”