No top prizes were awarded in the Creative Data and Branded Content & Entertainment categories this year in Cannes. After days spent in judging – probably more so than usual due to the extended list of categories – here is the work which was deemed good enough for the Grand Prix Lions (Part One)

This Re2pect campaign for Nike’s Jordan brand honoured retired New York Yankees shortstop Derek Jeter with a series of videos showing such celebrities as Spike Lee and Rudy Giuliani and ordinary folks tipping their caps to the widely respected player.

Leica’s elegant two-minute film recreates classic scenes from 35 iconic photographs, linked by seamless transitions, to celebrate Leica's 100th anniversary and highlight the brand's historic importance in the world of photography. It also marked the opening of the Leica Gallery in Sao Paulo.

The festive spot follows the journey of a young boy, Sam, and his Adelie penguin friend, Monty. It was is set to the dulcet tones of British singer-songwriter Tom Odell covering 'Real Love', a Beatles rehash of a John Lennon recording, released as part of the Beatels Anthology in 1995.

Using the Lucky Iron Fish every day preparing food or sterilising water, halves the incidence of clinical anaemia and increases circulating and stored iron. The fish can be made from scrap metal by local metal workers, so could stimulate small businesses across Cambodia to produce and distribute the fish. In addition, there is an opportunity to develop businesses that will ensure quality control of the product.

LifePaint is a unique reflective safety spray. Invisible by daylight, it shines brightly in the glare of car headlights. Making the invisible, visible. Volvo says LifePaint washes off, and will not affect the colour or surface of your chosen material, lasting for approximately a week after application.

The spray has been designed for safer cycling but, according to the car maker, can also be applied to clothes, shoes, pushchairs, children’s backpacks and even dog leads and collars. LifePaint bagged two Grand Prix Lions.

This one needs little explanation, because if you haven’t already seen it – where have you been? The "Like a Girl" digital and social media campaign was backed by Procter & Gamble’s feminine care product line and shot by award-winning documentary filmmaker Lauren Greenfield.

They wanted to make #LikeAGirl “a phrase that represents the strength, talent, character and downright amazingness of every girl rather than be used as a pejorative or slur. A campaign to make sure girls everywhere keep their confidence throughout puberty and beyond. 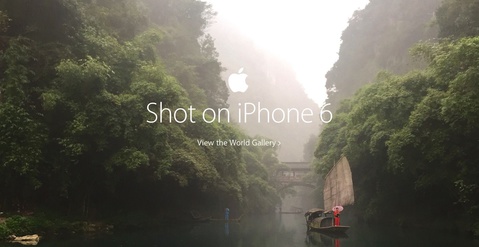 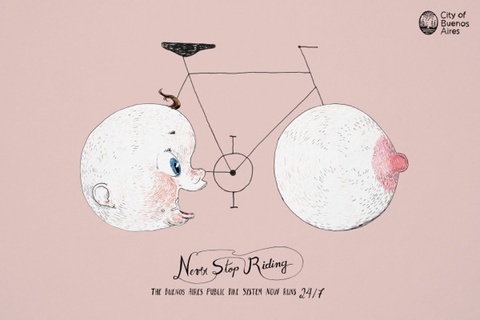 This is Cannes Lions’ inaugural gender-neutral category. In India, menstruation is treated negatively and one of the daily activities which is supposedly discouraged is touching the jar of pickles found in most Indian homes, because the pickles will supposedly rot. BBDO India encouraged women to defy this tradition. So go ahead. Touch that pickle jar.

This one’s just not going away. The series of YouTube videos intended to "show how various technical features in our trucks are tested in a spectacular and entertaining way."

The final video in the series famously features Jean-Claude Van Damme executing "the most epic of splits" while riding two Volvo Trucks driving smoothly… in reverse to the sound of Enya. It was praised for its creative effectiveness on the client’s business and consumer behaviour. Almost 80 million views now. That’s something.

Radio: Soundcloud “The Berlin Wall of Sound” by Grey, Berlin

The sound wave created a shape that mirrored the wall of concrete and its watchtowers that so cruelly divided Berlin. There are no comments – merely tags that represent the victims and mark where they fell. “The Wall of Sound is not easy to bear, but 27 years locked behind the concrete Berlin Wall were unbearable,” says Grey.

Set to the punchy riff of Missy Elliot’s “Get Your Freak On”, this 90-second spot with attitude features normal women – not models – giving it their all. The real women featured in the campaign’s film, directed by Cannes winning Kim Gehri, issue personal mantras such as “Damn Right I Look Hot”, “Sweating like a pig, feeling like a fox” and “I Kick Balls, Deal With It”.

The UK government organisation aimed to encourage women to engage in fitness after it found a significant gender gap between the participation of men and women in sport and exercise.

Health: Astrazeneca “Take It From A Fish” by DigitasLBi

Procter & Gamble's Always brand that set out to change behaviour in indigenous rural Mexican communities where the leading cause of death among women is cervical cancer.

Women in those communities don't have anatomical words describing reproductive organs, so the campaign redefined technical words like ‘cervix’ to simple everyday phrases with the hope that they would keep the conversation going and educate their families’ young females.

Look out for Part Two of the Grand Prix winners this Thursday which looks at the digital work.