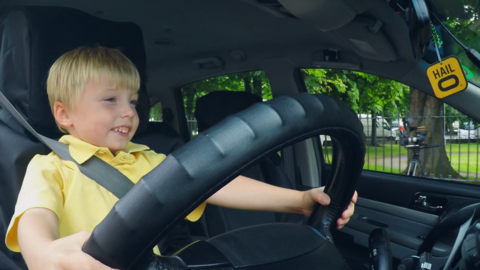 At 11am Hailo launch the first phase of their latest campaign ‘The Three Year-Old Taxi Driver’, a hidden-camera stunt featuring an irreverent and cute video of a toddler as he drives around Dublin picking up some pretty shocked fares. The online campaign launches across Twitter, Youtube and Facebook in celebration of the Taxi App’s third birthday.

“Our starting point really came from the initial idea, what if a three year old brand took on a three year old’s behaviour?” says Guns or Knives Art Director, Dave Kee. “What would the outcome of this look like and what would be the most impactful way we could demonstrate this?” 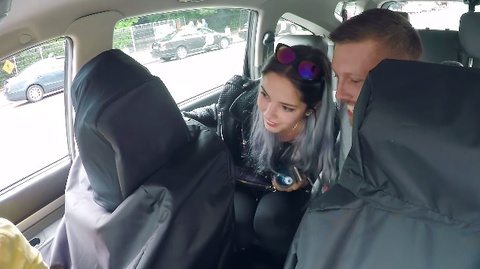 As you can imagine, it was a long, tough road for the creative team to get a toddler behind the wheel and it involved spending a huge amount of time in research. His dad was camouflaged as a convincing looking drivers seat.

"This meticulous planning allowed us to conduct the shoot with our leading (little) man’s safety at the centre of it all," explains Creative Director, Kevin Keenan. "In fact, there were two leading men, twin brothers, who could be swapped out at regular intervals so we could keep them both happy and safe on-set. And with dad in the car the boys were delighted to play taxi for the day safely. 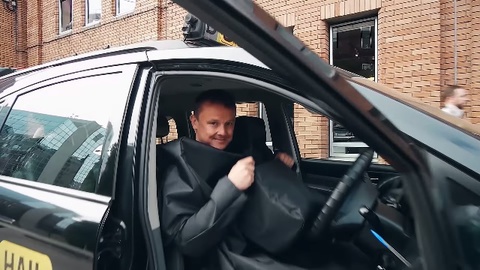 “The aim of the film was literally to turn heads on the street - capturing the reactions of passengers and pedestrians. This marketing initiative was the perfect platform to demonstrate to faithful customers just how far they’d come with Hailo in the three years since they launched.”

The Three Year-Old Taxi Driver follows in the same vein of the campaign “The Heterophobic Taxi Driver” also created by Guns or Knives in the lead up to the Irish Referendum on Same Sex Marriage. In a bid to drum up voting support, Hailo released the hidden camera film to promote its free taxi rides to polling stations.

“Working with Hailo has been incredible," says Dave. "They are always open to brave new ideas, which in itself is a very rewarding experience during the conception phase. Their openness drives us to constantly push the boat out creatively, inspiring bold and engaging ideas. We were lucky enough to get to work with them on their campaign for marriage equality. The opportunity to affect positive social change really is a dream brief for any creative agency.”