THE ADIDAS TREADMILL WHICH USED ENERGY AS CURRENCY

To promote the Adidas Boost shoe, the brand installed a machine in a Dubai mall that gives out rewards for exercising. 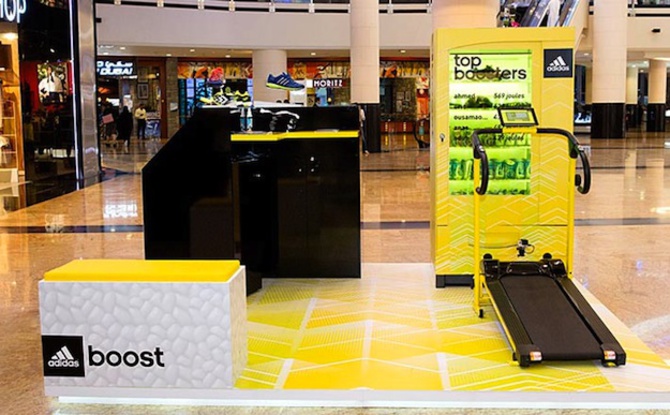 To promote their Boost shoe, Adidas created a treadmill vending machine that generates a ‘fitness currency’ using the energy expended by runners and then gives out a reward based on the performance of the runners.

To use the vending machine, people simply had to run on the treadmill which was installed during September 2013. The machine counts the running joules and then dispenses a reward to the runner based on his or her performance - the higher the joules, the bigger the reward.

“Adidas is inviting avid runners - and those new to the revolution alike - the chance to experience the technology which is changing the running world as we know it,” said the brand in September of the outdoor campaign.

“Adidas’ Energy Boost gives more energy back than any other shoe on the market and now, consumers can feel the difference for themselves at the adidas BOOST™ Activation Zone in Dubai Mall.

“Consumers will be able to try a pair of Energy Boost trainers on the treadmill and put the BOOST™ technology to the test.” 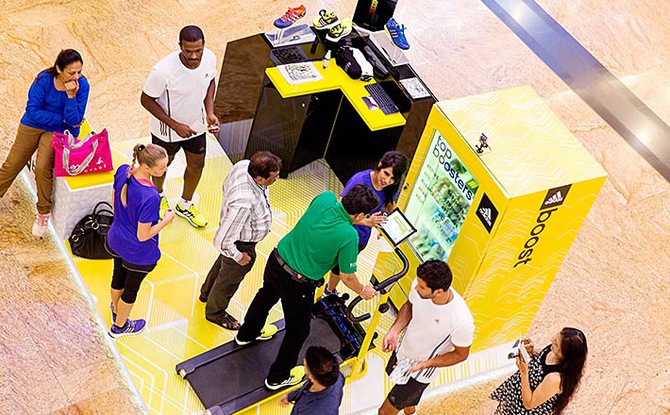 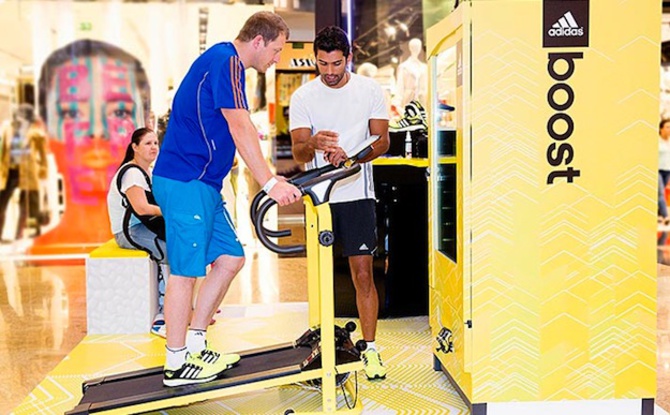